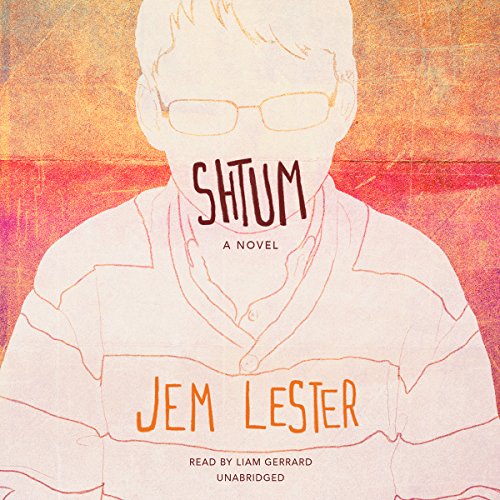 By: Jem Lester
Narrated by: Liam Gerrard
Try for $0.00

Funny and heartbreaking in equal measure, the impassioned debut novel about fathers, sons, and autism.

In this darkly funny and emotive debut, Ben Jewell has hit a breaking point. His profoundly autistic 10-year-old son, Jonah, has never spoken, and Ben and his wife, Emma, are struggling to cope. When Ben and Emma fake a separation - a strategic yet ill-advised decision to further Jonah's case in an upcoming tribunal to determine the future of his education - father and son are forced to move in with Georg, Ben's elderly and cantankerous father. In a small house in North London, three generations of men - one who can't talk, two who won't - are thrown together.

As Ben confronts single fatherhood, he must battle a string of well-meaning social workers and his own demons to advocate for his son, learning some harsh lessons about accountability from his own father along the way. As the tribunal draws near, Jonah, blissful in his innocence, becomes the prism through which all the complicated strands of personal identity, family history, and misunderstanding are finally untangled.

This fiercely funny debut examines the complexities of family and human emotion and gives profound insight into an often misunderstood disorder.

What listeners say about Shtum

This story is funny at times, and at others utterly brutal.
It deals with a man whose life is falling apart around him. A man with a severely autistic son, completely non verbal, a wife who is just DONE doing it alone, a business inherited from his father which he has allowed to fall to ruin, and a father who is very close to his son but with whom his relationship is...complicated. And a very important tribunal coming up which will determine his son's educational future.
Told in an authentic voice by an author who has literally been there.

This book got better and better as I read. There are some wonderful surprises in this book that I will not spoil. I highly recommend this to anyone looking for a "true" story. Very raw and honest. Would be a fantastic book group read. Much to discuss.

This book is not about another "cool" special kid. It is about a family vs itself. It is about love,Jews,cancer, and creating a family of those we might come across the train tracks that creates our lives. Aa new addition to my heart.