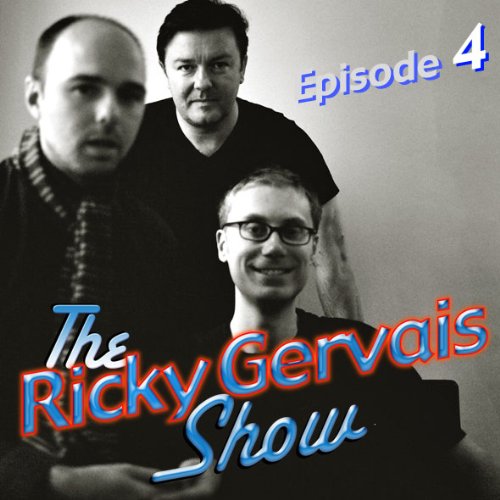 It's the fourth show in the new season of The Ricky Gervais Show. Join Ricky and Steve Merchant as they amble through the mangled synapses of Karl Pilkington's mind.

In this episode:
Genocidal anura; Anthropomorphism and Fluffy the cat; Reflections on the inducement of camouflage-feedback in visually impaired chameleons; Karl gets his heads around the concept of a multiverse; Steve the party animal; Karl's Diary - the worrying mortality rate of Karl's pets, blind dates, lunar lunacy, quadrupedal enclaves, common or garden aliens; and...Rockbusters.