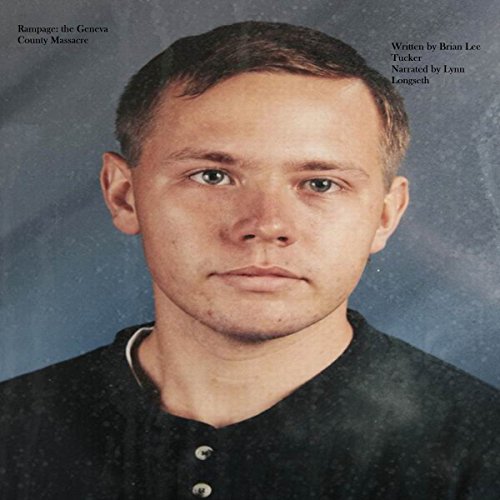 On March 10, 2009, Michael Kenneth McLendon, 28, shot and killed 10 people in a shooting spree in three communities in two southern Alabama counties: Kinston in Coffee County, and Samson and Geneva in Geneva County. Five of the victims were family members and two were children. After engaging in an exchange of fire with police, he committed suicide, bringing the total of dead to 11. Officials at the time said this was the worst shooting event in Alabama history. The aftermath of his crime left one burning question above all others; why? No one knows for sure what sent McClendon into the deadly rampage that killed 11 people, including himself, and wounded others. Those who might have known the reasons, his own relatives, were the apparent targets of his rage. Victims ranged in age from 18 months to 74 years old. In Rampage: The Geneva County Massacre, author Brian Lee Tucker, using eye witness testimony, documented interviews, newspaper coverage, and magazine articles, has created an in-depth look into the mind of a seemingly normal young man who, unknown to all around him, harbored inner demons that could not be tamed.