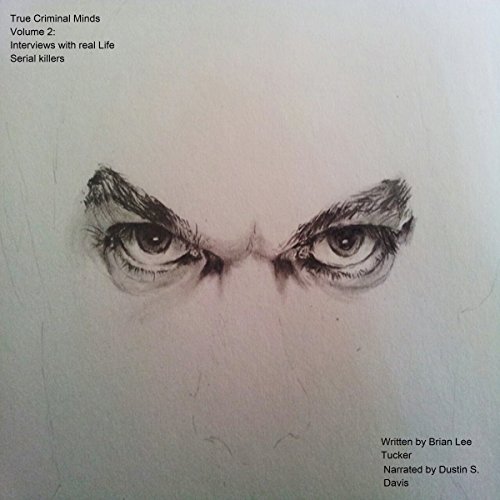 By: Brian Lee Tucker
Narrated by: Dustin Davis
Try for $0.00

In True Criminal Minds: Interviews with Real Life Serial Killers: Volume II, author Brian Lee Tucker once again strips away all of the glitz and glamour so often associated with the romanticizing and glamorizing of modern day so called "true stories", featuring charming, suave serial killers that women just can't seem to stay away from.

In Volume II, Tucker has once again researched some of the worst serial killers to ever walk the planet, including:

Bonus material: An in-depth interview with "Son of Sam", David Berkowitz, speaking out on his conversion from mass murderer to born-again Christian. Amityville mass murderer Ronald DeFeo, Jr., speaks out about his innocence in the murders of his family.

Really good and not for a weak stomach! A gory true to life Tell Tale Heart! Enjoyed it! Wish audible had other volumes!

Not a great narration, hard to understand who he was portraying ..the interviewer or the interview subject

Yes. It is a primary source.

The plainness of the wicked's self-description.

Competent save for the mispronunciations.