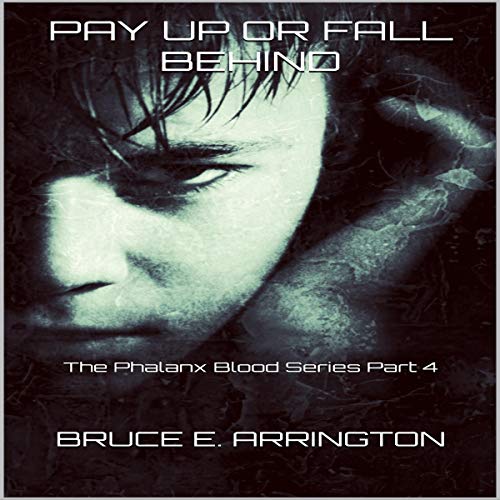 Pay up or Fall Behind

Pay up or Fall Behind

By: Bruce E Arrington
Narrated by: James Simenc
Free with a 30-day trial

My blood kills cancer. Yep, that's right. The big bad C word that scares just about everyone these days. My blood kills it. Dead. Dead Kennedy's invitation to the White House dead. Disappointed George Romero dead. Doesn't matter what type of cancer. It quickly finds itself outmaneuvered, surrounded, and mercilessly crushed by an iron-red phalanx.

Just a few drops of my blood drops mind you, and miracles start happening. Time to get my parents back, but to do that I need to raise a lot of money. Fast. Only time will tell if this crazy plan will work.

What listeners say about Pay up or Fall Behind

One Blew Up the Cuckoo's Nest

Would you consider the audio edition of Pay up or Fall Behind to be better than the print version?

I feel the voice actor captured the epitome of a snarky, overintelligent teen's view on life, the black humor Generation Z uses to cope with a future as bleak as any Millenial's, and the joy and horror of being yanked from that future for one that could be far worse...but sure is exciting! He's youthful, but cynical beyond his years, as many who pay attention to the world around them have reason to be.

What other book might you compare Pay up or Fall Behind to and why?

I've never really run into anything that quite combines the humor, sarcasm, youth, cloak & dagger, and fugitive overtones before. The Dresden Files by Jim Butcher are good for the humor and sarcasm, but they're more focused on an adult audience, and incorporate magic and mystery. Tom Clancy's Net Force Explorers comes close, but with a more militant approach, rather than that of a young adult most can empathize with thrown into the limelight of corporate espionage. And, as the review's title suggests, there are institutional elements of One Flew Over the Cuckoo's Nest, though this is more action/plot-oriented and concludes on a much more pleasant note.

Have you listened to any of James Simenc’s other performances before? How does this one compare?

I've listened to the previous three installments of the Phalanx Blood serial. It's a tough one, but I'd say this one comes out on top compared to its predescessors, now that James Simenc has a feel for the story and characters. I'm also extremely impressed with his capacity to complete some of the more run-on sentences. I didn't know anyone had lungs that big.

Just a word of warning; there is mention of two teenagers from Louisiana and their attempts to warn the people of Earth of a pending invasion. This is in reference to Bruce Arrington's earlier and ongoing Josh Anvil novel series. Apparently both stories take place in the same fictional universe of Mr. Arrington's, and while being unfamiliar with Josh Anvil doesn't detract from this story, you may find if you like this series you'll enjoy the weightier Josh Anvil novels.