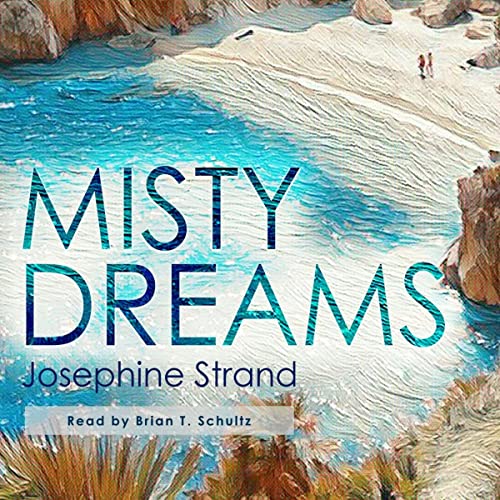 By: Josephine Strand
Narrated by: Brian T. Schultz
Try for $0.00

As a child, she filled his void. As a woman, she completed him.

Clare has lived on St. Isabel Island all her life, except for a few months she can’t recall. A traumatic childhood experience has left a blank spot in her memory and a lingering feeling of having lost more than just a small, painful piece of her past. When the enigmatic Dr. Richard Kelly arrives on her island, she’s found that missing part. Yet she’s certain the man is a stranger to her, until she discovers he’s been hiding something from her, a secret that reawakens her childhood fears and threatens to upset her life again.

Richard Kelly’s hard-earned career as a world-renowned neurosurgeon has been derailed by his ex-wife’s unspeakable betrayal. His entire life is on a downward spiral. In a desperate attempt to outrun his demons, he sets off to a remote island in the South to trace the origins of an anonymous painting. He doesn’t expect to come face-to-face with a girl he once knew as Misty, and he’s instantly captivated by her genuine charm. But if the charismatic kindergarten teacher of the secret lagoon is the Misty of his past, why doesn’t she remember him?

Misty Dreams is a heartwarming love story about second chances and the healing power of new beginnings.

What listeners say about Misty Dreams

I read the book, but needed to listen to the audio as well. Such a great novel, leaving you smiling and feeling warm and happy!

I so enjoyed this listen! I was pulled in immediately by the author's vivid descriptions and the wonderfully colorful, dynamic and interesting characters, which the narrator handled skillfully and seamlessly.

It is such an unexpected, suspenseful plot line that kept me guessing till the very end but the ending was a huge surprise! I really felt connected to the characters and was very invested in their journeys. The author did such a great job at building their conflicts and inner turmoils and I was deeply drawn to the connection between Richard and Misty.

I read and listen to a lot of mystery and suspense and I also love romance but this book combined the two in a way I have not experienced before, I really enjoyed it and the narrator. This is the author's debut novel and I can't wait to read what she does next!!