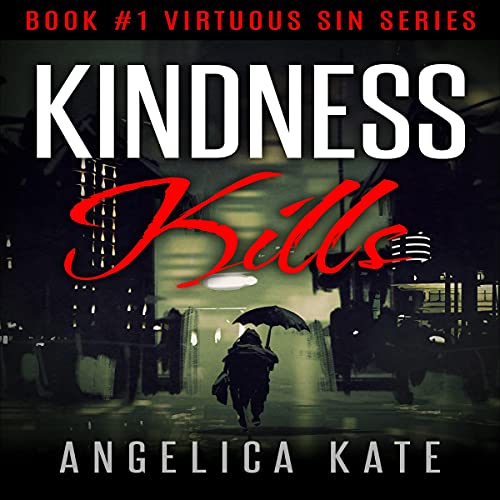 By: Angelica Kate
Narrated by: Annalee Scott
Try for $0.00

Virtuous Sin is the bar the four survivors started as an ode to the sins of the past by those who claimed to be virtuous. It is also the front by which other victims come seeking aid with crimes, the police are not able to intervene in or solve. Leah Resnik is one such person who visits the Virtuous Sin bar to relieve the tension from a campaign of terror someone is visiting upon her. She runs the nation's biggest chain of women’s shelters, and ranks amongst the wealthiest benefactors for other charities in the country. Unfortunately, bodies are dropping around her, crimes at her shelters rising, and it is becoming increasingly apparent that Leah is the target of a madman.

The police have not been able to find a single clue from the crime scenes and nothing in Leah’s dossier to explain who would wish this upon her. When her toddler daughter gets caught in the crosshairs of a murder-for-hire plot, she will step outside of the law for the first time and seek the help of Atara and her “sisters” to stop the reign of terror. The skills they learned years ago will come in handy as they take the fight to the streets of this city and the cyber highway of the dark web to solve this twisted plot before Leah and her daughter become just another statistic.

What listeners say about Kindness Kills