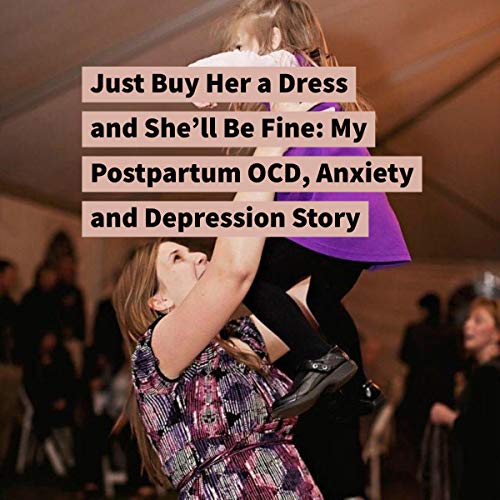 Just Buy Her a Dress and She’ll Be Fine

By: Amanda Dodson Gremillion
Narrated by: Kate Siwicki
Try for $0.00

Who wants to listen to a depressing audiobook about depression? With sections like "I Didn't Even Know the Cat Was in the Bag", "This Isn't the Kid I Ordered", and "Men Don't Get Depression and Women Don't Poot", this audiobook will help to heal you through laughter.

Amanda had an amazing life - she was married to her high school sweetheart, had her college degree, a wonderful job, her first house, and plans to have her first child. While conceiving, pregnancy, and even childbirth came easy for her, a series of events in her life that began to take place while she was pregnant would eventually turn her life completely around.

Facing the death of her father, her grandfather, the loss of her job, and a new baby in a period of less than two years proved to be more than she could handle; or so she thought at the time. She eventually found herself questioning the existence of God for the first time in her life, losing the desire to live, facing the possibility that her marriage might be over, and the loss of her own identity.

In an uplifting story that will bring you tears and laughter, Amanda finds herself again and finally bonds with her daughter as she fights for her marriage, her soul, her identity, and the desire to live again. She also finds herself battling against misconceptions in a world with little knowledge about postpartum mood disorders. As she learns more and more about them herself, she decides it is time to share her story with the world in an attempt to help others and to raise awareness.

I loved this book, and I have purchased it for friends and family!

This book is a great read for any mother. It highlights the struggles of a woman fighting an invisible illness. A wholesome, entertaining, poignant story that helped me look at my own struggles with new eyes. I have a teenage son, and while I never suffered from postpartum depression myself, I do suffer from different invisible illnesses. I would say that anyone would enjoy this book and be able to learn from Amanda‘s life lessons. I read the audible version of this book. The audio was clear. The reader had a pleasant voice. I would give this title 5 out of five stars. Definitely a must read!