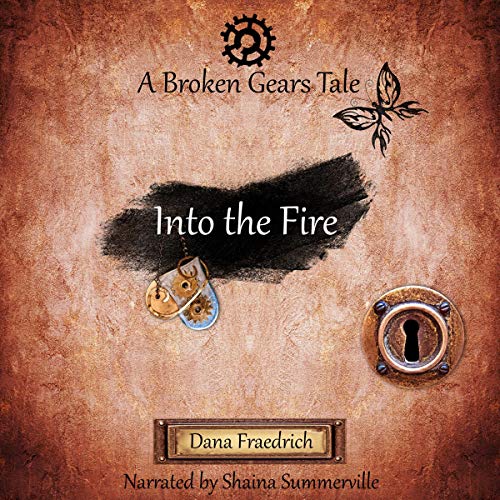 By: Dana Fraedrich
Narrated by: Shaina Summerville
Try for $0.00

An expedition to an exotic foreign city. An assassin in hiding, waiting to strike. World changing discoveries.

The Springhaven Museum's expedition to Bone Port is underway! Opportunities await Lenore and her colleagues, but discovery and enlightenment are not all they will find in southern Invarnis. Back home in Springhaven, Rook is searching for answers but seems to find only more questions. Who took out a hit on Lenore? What is Bloodstone? A trail of clues becomes fraught with danger, and the quest for truth might demand a price he's not willing to pay.

The land of Invarnis is on the precipice of a new age, and the lives of its inhabitants will never be the same again. The pursuit of knowledge is a noble endeavor, but sometimes one must ask: How much is knowledge worth? Some things were locked away for a reason.

The steampunk fantasy adventure continues in this exciting continuation of the Broken Gears series. Fans of the Parasol Protectorate and The Finishing School series by Gail Carriger, Sabriel, Lirael, and Abhorsen by Garth Nix, and A Natural History of Dragons and the rest of the Lady Trent Memoirs series by Marie Brennan will delight as this new Victorian era reminiscent world unfolds for them. A multilayered steampunk fantasy realm of history, subterfuge, colorful characters, potential, and lost magic and technology promises to entrance listeners of all ages.

What listeners say about Into the Fire