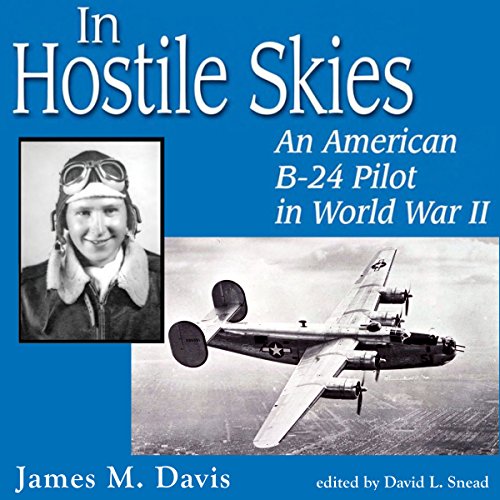 James "Jim" Davis lived what he considered "an impossible dream" as he piloted a B-24, as part of the 8th Air Force, on nearly 30 missions in the European Theatre during World War II. In this memoir, Davis offers heart-wrenching detail concerning the difficulties of qualifying for the U.S. Army Air Forces pilot program, the strenuous nature of the pilot training program, the anxiety caused by a wartime marriage, and the dangers of flying combat missions over Nazi Germany.

From his struggles to become a pilot, to seeing death up close on his first mission, to his expected deployment to the Pacific Theatre in the fall of 1945, Davis takes the listener through a fast-paced and exciting narrative adventure. He piloted his B-24 on missions over 20 German cities, including Cologne, Hamburg, Metz, and Munich, and attacked enemy airfields, airplane factories, railroad marshalling yards, ship yards, oil refineries, and chemical plants. Listeners of his memoir will come away with a much greater appreciation for the difficulties and dangers of the air war in World War II.

"In this riveting first-person account of his pilot training and B-24 combat missions over Europe during the waning years of the Second World War, Davis and his crew are surely extraordinary people." (Robert S. Hopkins, III, Ph.D., Former RC-135 Aircraft Commander and aerial combat veteran)
"Mr. Davis has written an enthralling account of his service in World War II. Indeed, to understand the air war in the European Theatre, with its unrelenting fatigue and harrowing dangers, there is no better place to start than with this poignant, enlightening, and entertaining memoir." (Peter Maslowski, Professor of History, University of Nebraska)

What listeners say about In Hostile Skies

A great story of a hero, love these stories of their experiences. They're bravery is the reason they are known as the greatest generation