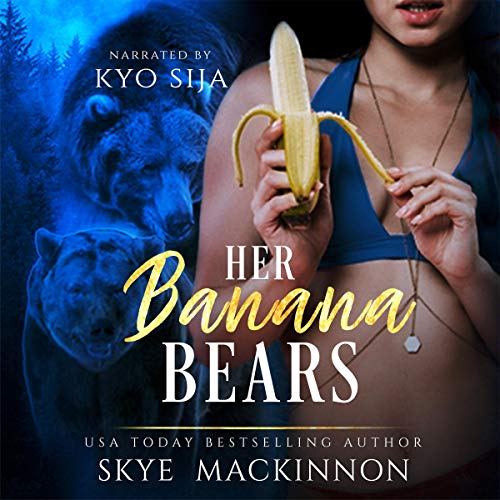 Bananas are extinct. Or so they thought. When a lone banana is swept onto the shore of Bear Island, Isla knows exactly what she's going to do with it. She's heard stories of this mythical fruit, of how long and hard and curved they are. How sweet. How thick. How juicy.

Of course, her four hunky bear shifters won't let her play with her banana. Torn apart by jealousy, they challenge the curvy yellow rod to a daring duel that will see the longest fruit win. Who will Isla get to taste in the end?

A hilarious yet healthy sequel to the best-selling Claiming Her Bears trilogy, a shifter reverse harem. It can be listened to as a stand-alone, but then, why would you?

The Claiming Her Bears series:

What listeners say about Her Banana Bears