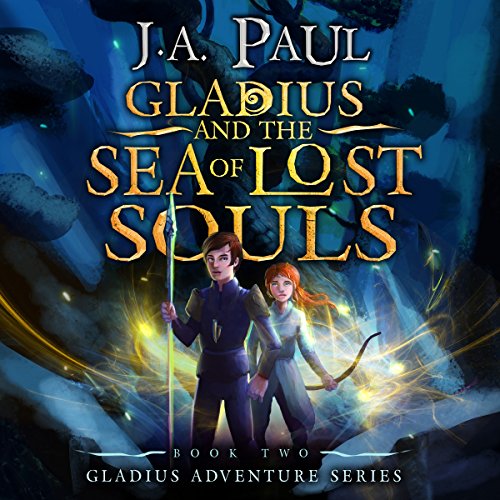 Gladius and the Sea of Lost Souls

No longer plagued by the wild beasts and tyrants faced during his Bartlett Trial, 15-year-old Gladius looks forward to returning with his new friend, Elle, to her family home. Good food, great stories and a much needed rest await them – at least that is what they believe until they discover their homes burned to the ground and their families missing.

Something, or someone, is not only collecting bodies all over the countryside, but also snatching their souls. A mysterious clue on an old map spurs the two of them, plus Elle's childhood friend, Henry, a deaf mute, to travel cross country to the Sea of Lost Souls. Obstacles abound as they pass over the snowy Porcupine Pass, through the walled City of Thieves and across the hot sands of the Drylands, during the hunt for their loved ones. Can they survive this new adventure? Can they overcome the spirit dragon and conquer the controller of the sea? Or, have they finally met their match, only to return home with heavy hearts over the loss of their families?

What listeners say about Gladius and the Sea of Lost Souls