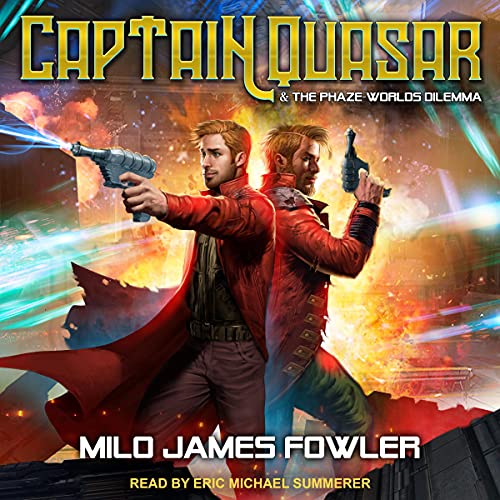 Captain Quasar is beside himself.

The United Earth Fleet has established its home base on the terraformed island of Kauai, where humankind is starting over. But when an act of sabotage threatens their existence, Captain Bartholomew Quasar and his intrepid crew must return to space to hunt down the saboteur.

Unbeknownst to them, rifts have opened between parallel worlds, and our heroes are flung into a dangerous reality where they encounter alternate versions of themselves as well as new friends and foes along the way.

In the end, Quasar will have to make the ultimate sacrifice in order to save the multiverse from an extinction-level event at the hands of a ravenous extradimensional threat: the Void.

What listeners say about Captain Quasar & The Phaze-Worlds Dilemma