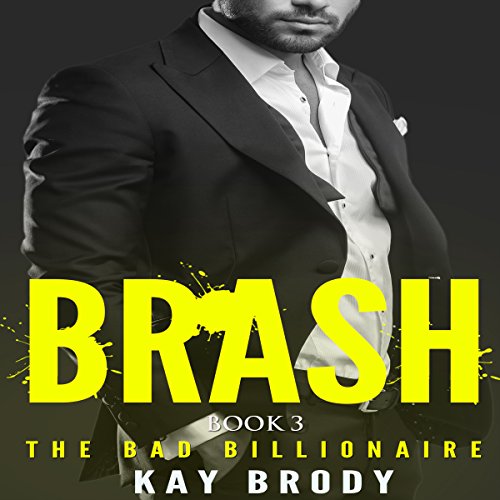 Julia has spoken to the cops, explaining that she and Donovan had been together on the night he'd supposedly murdered a girl with whom he'd shared a one night stand. And now, after providing him with his much-needed alibi, Julia knows she has him by the balls. After all, his name hasn't been cleared just yet and he's still going to need her cooperation to get out of the mess he's in.

But, strangely, in addition to needing Julia, he actually finds himself wanting her, as well. And that's something he's not used to. Not with anyone.

Either way, he's going to want to do everything he can to keep her around because another girl has just been found dead. Another girl that he's been with. That's two dead girls with only one apparent connection: Donovan Belmont.

Is someone trying to get at Donovan by targeting girls he's been with? Could someone be trying to frame him for murder? Could Julia be next on the killer's list?

Find out in Brash, book three in Kay Brody's sexy and thrilling series, The Bad Billionaire!

Note This book contains adult language and sexual content. It is intended for adults only.

What listeners say about Brash