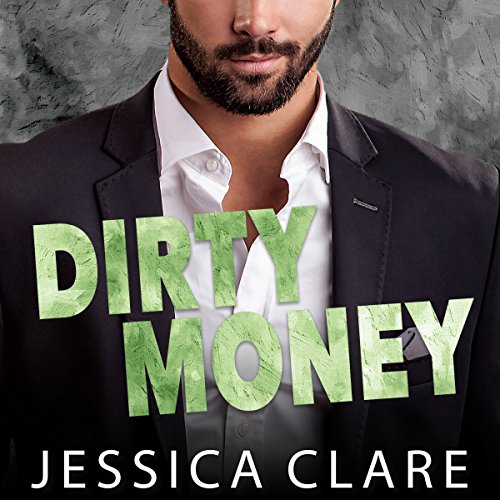 By: Jessica Clare
Narrated by: Rebecca Estrella,Rudy Sanda
Try for $0.00

Boone Price and his brothers know oil; at least, the dirty, backbreaking side of working an oil rig. But when their scrubby, worthless hunting land turns out to be sitting on top of one of the biggest oil wells in North America, they go from the rig to the boardroom and end up billionaires practically overnight. Now with enough money to do whatever he wants, Boone is developing a taste for fine things. And the finest thing he's ever seen is Ivy Smithfield, local realtor. Boone's determined to win her affection and show the world that he's more than just a dirty fool with a bit of money. Ivy's classy and beautiful - she'll make the perfect trophy wife. The fact that she's sexy and funny is just a bonus. There's one tiny problem - Ivy's as dirt poor as Boone was. Her carefully crafted veneer of luxury? All an act to promote her business. What's Boone going to do when he finds out the woman he's falling for is, well, in his league? Contains mature themes.

What listeners say about Dirty Money

What would have made Dirty Money better?

What was one of the most memorable moments of Dirty Money?

When he bought the realtor office and was going to burn in to the ground just because he didn't like the jerks Ivy (Reba) had worked for.

OMG, he couldn't decide if he wanted to be Forrest Gump or the guy from Sling Blade(which was creepy by the way).

If you could play editor, what scene or scenes would you have cut from Dirty Money?

Everything that was narrated by the male lead.

Sorry to Rudy for the insult, but maybe someone should have listened to this before it was put on audible to sell. I will be returning this book.

I had to read this book after reading book #2. I had to know Boone's story and how this family of billionaire roughnecks happened. I was not disappointed, but wow, I never would have guessed that Boone was such an ornery cuss...LOL.

Boone is the working man's billionaire having to make his way in the middle of the snooty wealthy. He doesn't handle the strife and attitudes among his peers very well. In fact when they snub him, he tends to throw his money around and then take to burning businesses down. It's actually pretty funny. But Boone is certainly not your typical billionaire hero...and I liked that.

Ivy is not what she appears to be either. I love that she is working as hard as she can to make a better life for her and her sister, despite the constant setbacks. I love that Boone fell for her, because this girl deserves to be spoiled.

I liked the two of them together, and everything about this book worked for me. I just thoroughly enjoyed reading it. It was entertaining and kept me laughing at Boone's hijinks. I definitely recommend it and am looking forward to the rest of the series.

The story was good, the narration (male) was painful. I almost didn't listen to the entire book. Would have made a better read than a listen.

different story but horrible male narration and the time line on how fast the characters got together ruined it for me. made the male sound like a stupid forrest Gump with no brain. ugh disappointed

A SEDUCTIVE & SEXY INTRODUCTION TO THE ROUGHNECKS

Rags to riches - Boone and his brothers have hit it big after striking oil on their land and Boone is continuing to use divining rods to find more oil at other sites the brothers own. They are down-to-earth rednecks who've always lived in a trailer.. but now they can afford one each. Boone now wants the finer things in life, saw the picture of beautiful classy Ivy from a flyer promoting the Real Estate Agents that she works for, and he thought what a perfect lady.. marrying her would give him a Trophy wife and he'd gain the respect that he now feels he deserves. So he seeks her out, sweetly asks her to pick out some mansions she likes and help him choose their dream house.. and then he goes about wooing his bride-to-be.

Ivy works hard as a Realtor, she's also raising her younger sister, they'd had terrible parents (their Dad was in prison), they were dirt poor and they lived in a trailer. And when Boone, the handsome, clever, charismatic bearded Billionaire, sought her out and shared his naive plans for their blissful future life together - including exactly why he chose her above everyone else, Ivy thought he was joking.. then she was very flattered, very very tempted and very very very fearful. However, first she tried but failed to make Boone see sense - so she thought of the commission money and kept her dirt poor seedy background a secret. Boone's easygoing temperament, his charming steady persistence, his rugged good looks and his sex appeal soon had Ivy defenceless, giving up her V card and falling hard for her compelling, generous, thoughtful and caring admirer. But secrets, as we all know, will eventually be found out.. and unsuspecting Boone didn't take Ivy's news well and it wasn't just his plans that would go up in smoke!!

Boone's no fool.. he's a loveable huggable simple redneck with a Texas drawl who charms the pants off Ivy and I thought he was a very refreshing character.. but beware if you treat him or his woman badly coz his alpha side comes out and his revenge is swift, merciless and hot. However, I didn't much like the way Ivy kept the truth from him - but I do understand why she did it.. and anyway it's all part of the grand scheme of the plot. There's low drama, some angst, humor, heat, long sex scenes, minimal secondary characters, secrets that'll go boom and a romance that'll tease and be tested until there's a HEA at the end of a sweet Epilogue. Dual POV's and good narration. Boone reminds me more of a laid-back Woody Harrelson than simple-minded Forrest Gump.

Worth a credit? Yes.. good storybuilding, interesting characters and memorable narration made this an easygoing and enjoyable listen - and now I can't wait for brothers Clay, Gage, Knox and Seth to get their own stories.

I have a soft spot for rednecks

I'm sure if I lived in Texas, Rudy Sanda's narration would have really bothered me too. I've had friends and coworkers from there and none of them talk like Boone with his extreme accent. At times, he definitely earned the comparisons to Forrest Gump, which isn't a good thing in a romantic hero. After some initial cringing, I found Boone to be a likable guy. He reminds me of the down-to-earth farmers and ranchers I've known who have no pretense and treat everyone with the same respect and honesty they expect in return. He's knows his faults and is comfortable in his skin, but decides he needs to add a little class to his life to show those people who look down on him that he's just as good as they are. Based only on her picture in a brochure, he chooses the beautiful Ivy as the woman for him and sets out to get her. His single-minded pursuit is sizzling hot and funny at the same time.

I get that Ivy is ashamed of her roots, but I wish she could have shown a little more backbone. For all that she is a fighter, striving to make a better life for her sister, she doesn't recognize her own strengths. I admire her determination to make it on her own and that she isn't afraid to work hard to see her dreams come true. Rebecca Estrella did a good job narrating Ivy.

This was my first book by Jessica Clare and, overall, I really liked it. This audiobook really drew me in and I couldn't wait to get back to it on the occasions when I had to stop and get work done. I will definitely listen to the next book in the series.

I typically love Jessica Clare books/audiobooks, but this audiobook was painful to listen to in every way. The characters were contrived, and the male voiceover "talent" was horrid.

As a native Texan married to my very own West Texas redneck I take exception to way the male character was presented. I've been all over TX and through the south and none of us talk like that. I really hope this is corrected before the rest of the series is recorded or I'll have to skip the audiobooks because it's just too painful to listen.

What would have made Dirty Money better?

My apologies for the brut response, however, this book was a waste of talent and time. It does not reflect what I have come to expect from this author. Character development was non-existent.

Has Dirty Money turned you off from other books in this genre?

I won't be purchasing any sequels for this series.

The book was just bad.

If you could play editor, what scene or scenes would you have cut from Dirty Money?

I would have started with a main character that was more than one dimensional.

Had I listen to this book immediately upon purchase, I would have requested a refund.

The narrator sounds like Forest Gump. just couldn't get into the sexy part while thinking about poor old Forest.