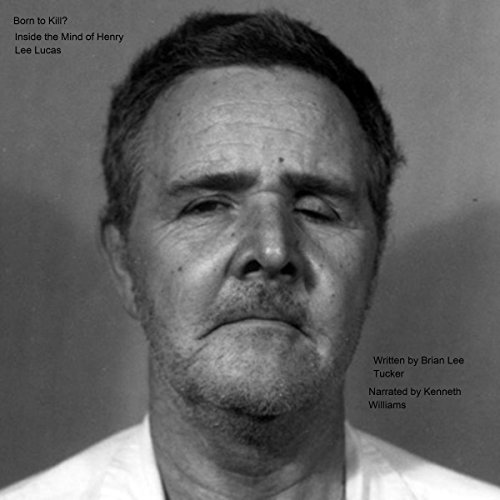 An in-depth look into the mind of Henry Lee Lucas, as he sits on death row, just weeks before his death, reflecting back on his life and the reasons for his crimes. Henry is, indeed, almost an anomaly in a genre full of faceless, cardboard killers. Henry is no Jason, Michael, or Freddy. He's real. That's the most frightening aspect of the film; Henry could be the guy next door, at times wearing an almost pleasant, trusting expression, with the guileless face of a well-scrubbed angel, cleanshaven and inherently honorable, betraying the well-hidden face of pure, unadulterated evil and menace. Henry is a brutal killer with a conscience, and the book, indeed, is a real killer; a drop dead frontal assault that provokes, rather than patronizes its listener until the last sentence.

Kenneth r. Williams is a good narrator and his trough voice is probably the right one for reading the words of Henry Lee Lucas. The author is not actually Henry Lee Lucas, but instead is Brian Lee Tucker.

The narration is spoken as if it is shared in the first person by Henry Lee Lucas himself. Either a lot of imagination, or a lot of research went into this book.

Since Mr. Lucas did murder women, the book is extremely graphic and the language is explicit. I bought it as a biography but am unable to finish listening to it. I usually tend to rate books highly, but this time I am simply reviewing this book to warn others they may, or may not enjoy this book. Not a book for children.