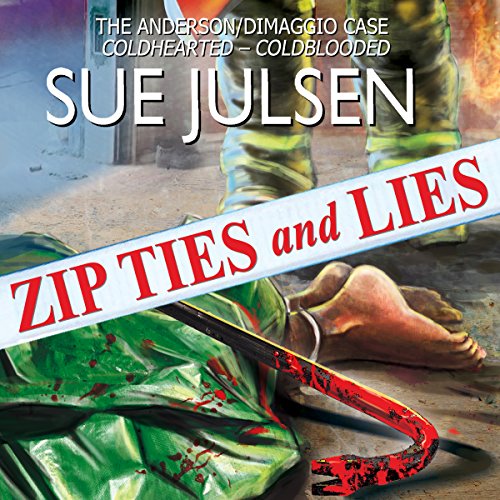 Who REALLY killed the Andersons?

Who's behind the cover up? That is the question!

A 911 call to the San Diego Police Department on August 4, 2013 reporting a two-story fire in Boulevard, California is only the beginning of many harrowing events to follow.

After a woman's body and the body of a dog is found inside a detached garage, murdered, a bloody crowbar next to the woman's body, the dog shot in the head, the homeowner and two kids are reported missing.

The following day the remains of a child, burned beyond recognition is found inside DiMaggio's burned-to-the-ground home. And even this is only the beginning.

After a week-long manhunt, DiMaggio, maybe an innocent man, based on information from San Diego Sheriff Bill Gore, is then shot down by the FBI in what appears to be actions of a firing squad.

The public has doubts on the validity of what is being told. Stories continue to morph, and more doubts arise. More and more lies brings the question of Hannah and Brett Anderson's innocence into doubt - at least for the public.

But the story doesn't end here.

This story is only beginning...

This "book" seems to be nothing but a bunch of questions stated as fact and speculated on by this person who thinks they can write. The narrator is just some friend of hers who can read those words. The worst excuse for a book I have ever wasted my time attempting to listen to.

Complete mis-match of author and reader.

What would have made Zip Ties and Lies: The Anderson/DiMaggio Case better?

This is the only time I have ever written a review. I could not listen to this book as it is written by a woman, much in the first person, and yet read by a man. At times the author reflects on her own childhood abuse, yet you are hearing this from someone that sounds like your uncle after a few cigars and perhaps a bit of whiskey. Just bizarre and so distracting I could not get through it.

It was much like listening to Mozart played on a chainsaw.

Get any of the wonderful female readers in the world.

This was just a ridiculous rant by the author complaining about what she thought were lies by everyone from Hannah to Piers Bronson to the people who found Hannah. She questioned things that were so irrelevant to the story. I couldn't finish this book, which is a first for me.

The Hannah Anderson case is intriguing but there was not enough story, so the remainder of the book is just the same information said differently. Some facts were repeated so often, I could actually say them word for word with the narrator. The biggest indicator that really showed time wasting strategies by the author: Half a chapter of the narrator reading out 30 something names from a list.
Don't bother.