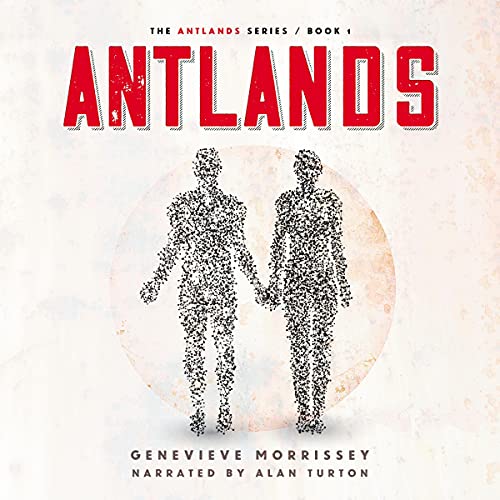 By: Genevieve Morrissey
Narrated by: Alan Turton
Try for $0.00

It seemed like a good idea.... Genetically engineer a species of humanoid workers - strong, tireless, minimally intelligent - to become laborers for humans. What could possibly go wrong?

For a thousand years, humans have had to fight for their survival against the mute, feral “Ants”, created as workers but now gone rogue, scavenging and slaughtering everything in their path.

The beleaguered humans, in the meantime, have evolved two distinct cultures. The disciplined, insular Foresters prioritize safety over personal freedom in their woodland strongholds, while the more individualistic Men embrace an urban lifestyle and are eager to reimplement the technology of past ages. Nominally allies against the Ants, the two groups deeply mistrust each other.

Deer, a despondent Forester soldier, is one of his people’s foremost authorities on Ants. He knows with perfect certainty that Ant-raiders never leave survivors. So how, amid the carnage of a raided Man-village, is one small girl still alive? She says her name is Anne; but who is she, and what is her secret?

Deer takes Anne to the forest to grow up, where years later, a horrifying revelation about her may provide a means for Men and Forester to finally defeat the Ants - but only if they can put aside their differences and work together.

Full of unforgettable characters, masterful dialog, and riveting scenes, Antlands is ultimately a story of hope, healing, and redemption.

What listeners say about Antlands