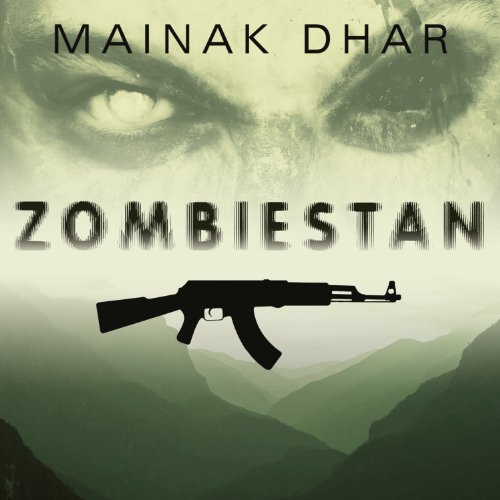 It began with stories of undead Taliban rampaging through Afghan villages, and faster than anyone could have anticipated, the darkness spreads through the world.

In a world laid waste by this new terror, four unlikely companions have been thrown together: a 17-year-old boy dealing with the loss of his family; a US Navy SEAL trying to get back home; an aging, lonely writer with no one to live for; and a young girl trying to keep her three-year-old brother safe.

When they discover that the smallest amongst them holds the key to removing the scourge that threatens to destroy their world, they begin an epic journey to a rumored safe zone high in the Himalayas - a journey that will pit them against their own worst fears and the most terrible dangers, both human and undead. A journey through a wasteland now known as Zombiestan.

What listeners say about Zombiestan

A new take on the Zombie apocalypse , “Zombiestan” follows a group of survivors as they make their way to through India facing a new type of zombie (I won’t spoil it here). It has plenty of action and is a fun read but I didn't feel myself connecting with the characters for some reason. Maybe it was the feeling that some of the interactions with the characters were a bit hokey (be the man I always wanted you to be) but it was a solid read none the less. Not the best Zombie book I’ve ever read but certainly not bad. A solid middle of the road book.

An Outstanding Story in the Zombie genre

What made the experience of listening to Zombiestan the most enjoyable?

The backdrop of the Afghanistan/ jihadism conflict is a realistic spring board for the great story that revolves around marvelous characters. Beyond the action brought about by the undead, who are not overcome by bullets,even to the head, the story has a fantastic range of memorable characters, the U.S. Navy seal; the 65-year-old female author, the teenage boy who grows into a warrior and leader; and the three-year-old boy who qualities make him the target of the zombie army, make this one of my favorite zombie-oriented novels.

What was one of the most memorable moments of Zombiestan?

The opening scenes with David and the Navy Seals attack on the meeting of the high ranking terrorist who developed the ultimate terror weapon- the germ to make an army of zombies. Also the scene that involves a zombie attack on the car that David rescues and provides him with a "ride" out of the city of Delhi.

Which character – as performed by John Lee – was your favorite?

Would you consider the audio edition of Zombiestan to be better than the print version?

Good ending,has a gijoe and romance plus zombies.

awesome narrator, that was my reason for giving this book a chance. However, not even good narration could save this story...suffered through half the book before finally giving up.

What a wonderful "junk food for the mind" book. I thoroughly enjoyed it through and through. The narrator produced a more than terrific performance.

the book was pretty good although it did have a bunch of parts not needed good the story line and it was extremely short. overall it was a great book that I'd recommend.

One of the best zombie books I've read

What a great way to create zombies!!!

The story drew me in from the start. Wow.