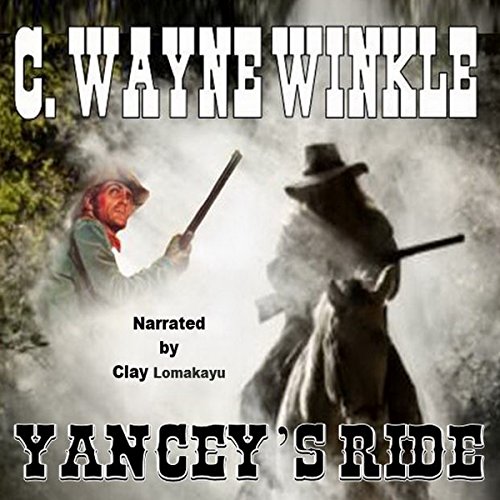 By: C. Wayne Winkle
Narrated by: Clay Lomakayu
Free with a 30-day trial

Gus Yancey is a more than a middle-aged man who has worked on a ranch in northern Colorado for the past eight years. He's been successful thus far in putting his wild years and the death of his wife behind him.

Then he gets news of his granddaughter losing cattle to rustlers. So, in the beginning of a winter that promises to be extra cold, Yancey quits his good winter job on the ranch and sets off for New Mexico to help Cassie, his granddaughter.

The old ways come back to Yancey, including the feeling that someone's following him. That someone is Laredo Dodson, a bounty hunter. Armed with an old wanted dodger, Dodson tries to catch up to Yancey and capture him. Unless Yancey objects, then he'll kill him.

Along the way, Yancey meets up with Nathaniel Landrum, Nate, a young man who doesn't seem to know much about living in the wild. He's also running away from something. As they travel, Yancey teaches him things like building a fire that will at least keep him alive. He also finds out Nate is running away from a failed relationship.

As they travel, they help out an older man, Brother Alphonse, who invites them to spend the night at the compound where he lives. There, they meet Father Josiah and learn this is not a place they want to stay. As they leave, Yancey sees Walter Graves, a gunfighter.

Dodson continues to follow Yancey. And gets into a bit of trouble along the way.

What listeners say about Yancey's Ride

A good Ride with an aging Cowboy!

Would you consider the audio edition of Yancey's Ride to be better than the print version?

Yes, they narrator brought the book to life and made me feel great empathy with Yancey and his Journey.