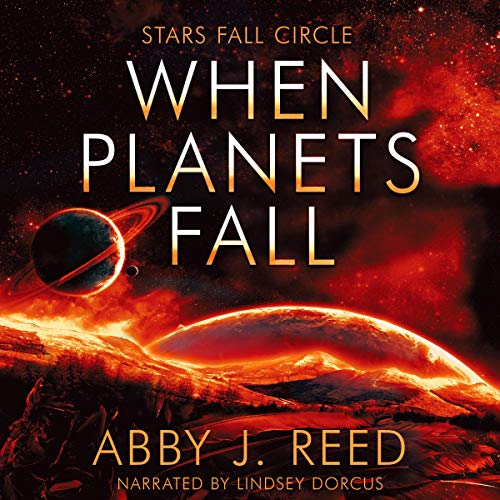 A bloodthirsty king. A wrecked starship ready for war.

A disabled mechanic is the planet's only hope.

Breaker's home is cleaved by blood. The three tribes on the planet Scarlatti, whose only difference is their blood color, each want to exploit Breaker's valley for themselves. The feudal tension has already claimed red-blood Breaker's leg and his older brother. Now all this 18-year-old wants is to maintain the tenuous peace in order to keep his little 'stroid of a brother alive. Malani, a red-blood raised blue, is a kidnapped POW and only wants to return to her adoptive home with her dangerous blue secrets. Luka, a red-blood stewing for trouble, wants to right wrongs done to his family and bathe his home in justice.

All three intersect when Breaker discovers a wrecked starship and is given seven days by the green-bloods to fix and hand it over as a weapon. Breaker must decide if aiding his enemies is worth the home he knows and his family's life.

War is coming. War respects no boundaries. And war leaves no survivors.

The first in an epic and twisty YA sci-fi series perfect for fans of Nyxia and Aurora Rising.

What listeners say about When Planets Fall

Space and race and wars, oh my!

What a wonderful allegorical tale. The narration is lovely, and the writing is lovelier. Each twist and turn of the plot is fun and exciting! This is a sci-fi novel that both avid sci-fi fans and noobs will enjoy. Already trying to figure out what is going to happen in the next book. Can’t I listen now?! So happy to have found this author and this series. Bravo!