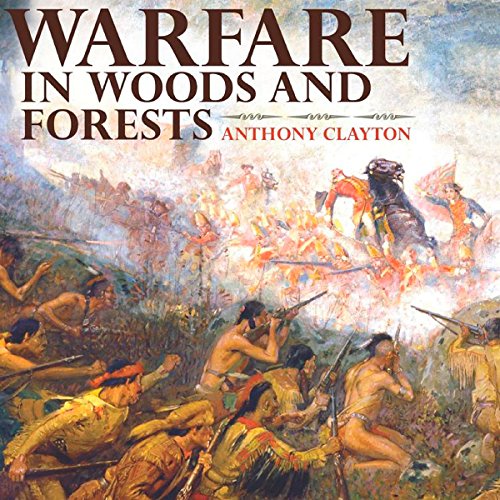 Warfare in Woods and Forests

By: Anthony Clayton
Narrated by: Charles Bice
Try for $0.00

Fighting in woods and forests is a very special form of war. Avoided by military commanders unless such terrain is to their advantage, for soldiers forest battles are a chaotic mix of dread, determination, and, all too often, death.

Adversaries remain in constant fear of concealed ambush, casualties usually must be abandoned, and prisoners who cannot be guarded are killed. Heightened fear can lead to excesses. Too often, armies have been badly prepared and trained for such warfare and have suffered severely for it. In Warfare in Woods and Forests, noted military historian Anthony Clayton describes major events in woods and forest warfare from the first century CE to the 21st. These events involve Roman soldiers in Germany 2,000 years ago; North Americans in 18th- and 19th-century conflicts; invaders of Russia in 1812 and 1941; British, French, and Americans in France in 1916 and 1918; Americans in the Hartgen Forest in 1944; and modern-day Russian soldiers in Chechnya.

"An important contribution to military history. It brings together and synthesizes in a concise and well-written text information from a very large array of sources. The book will be extremely valuable to military historians, professional soldiers, and others." (Major Gen. David T. Zabecki, US Army, Retired)

What listeners say about Warfare in Woods and Forests

Just the facts, not well read

Where does Warfare in Woods and Forests rank among all the audiobooks you’ve listened to so far?

Nowhere near the top, despite my extreme interest in the subject. Much of the info was new and very interesting, but I was left wanting more. It seemed to be a B+ Masters thesis.

It was simply a recitation of the facts, without the nuanced analysis I had hoped for. The author selected some illustrative wars into which to delve deeply (and very well), but flatly ignored others that were equally significant but importantly different. Furthermore, the final conclusion was simplistic and uninformed, basically that technology may have taken away the advantages previously afforded by fighting in forests. I encourage him to talk to anyone who has either fought in a forest recently or used battlefield technology.

I understand that audiobook readers are hired for their presentation skills, but you'd think that someone recording a book that mentions geographical and military terms would go to the trouble of finding out how to pronounce them.

Not applicable: it's non-fiction.