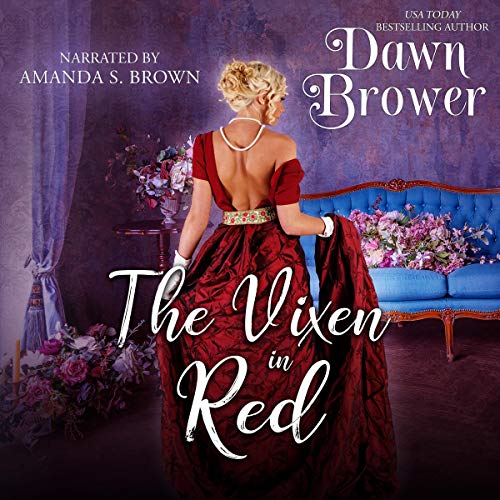 The Vixen in Red

Collin Evans, the Earl of Frossly is forced to return to his ancestral estate after years of avoiding the responsibility. His estate manager quit and it’s up to him to ensure his servants and tenants don’t suffer from his neglect. He never expected to find a beguiling woman that tempts him beyond reason nearby.

After a scandal erupts, Lady Charlotte Rossington is sent to the country to stay with a spinster aunt. What her father fails to realize is that was her goal all along. She hates London society and wants to write a novel and the season would prevent that endeavor.

While there she crosses paths with the Earl of Frossly. He’s handsome as sin and one of the wickedest rogues she’s ever encountered. She’s drawn to him and ends up in his arms more often than at her writing desk. Giving up on her dream is the last thing she wants, but she might have to choose between it and the one man she can’t live without.

What listeners say about The Vixen in Red

This was a short, but very entertaining enjoyable story. I loved the heroines initiative and forwardness for that day and time. It worked and she caught the eye of her future spouse. It kept my interest. I voluntarily listened to a free copy of this and am giving an honest review. The narrator did a good job.