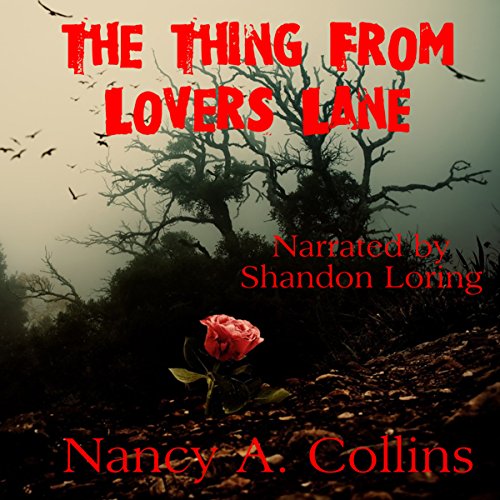 The Thing from Lover's Lane

By: Nancy Collins
Narrated by: Shandon Loring
Try for $0.00

H.P. Lovecraft Meets Peyton Place: It's the 1950s and Misty Valley is just another sleepy, All-American town, nestled along the Miskatonic River. Unlike sister cities Arkham and Dunwich, Misty Valley has managed to avoid the peculiar occurrences that have plagued the region since the days of the colonial witch trials. That is, until the night Carol Anne Fairweather and her boyfriend, Billy Mahan, parked too far down on Lover's Lane. On that old, foggy night Billy was attacked and knocked unconscious, while Carol Anne was brutally raped by someone - or something - that came out of the woods.

Now, in order to clear his name, Billy must discover what really happened that horrible night. But can his mind withstand the awful truth he uncovers? Or will he end up as mad as Old Gooney, the crazed hermit who claims to keep watch against the dark forces that would make Misty Valley their own? Inspired by the work of H.P.Lovecraft, award-winning horror writer Nancy A. Collins adds another tale of terror to the never-ending Cthulhu Mythos.

What listeners say about The Thing from Lover's Lane

it's ok. I kept waiting for something to happen.

if you are familiar with the genre at all, this story is completely by-the-numbers.
The only bright spot is the excellent voicework by Shandon Loring.

If you could sum up The Thing from Lover's Lane in three words, what would they be?

The unseen but always present Lovecraft.

Shandon Loring understood the good humored parody of Lovecraftian lunacy and added his own to the mix.

If you could take any character from The Thing from Lover's Lane out to dinner, who would it be and why?

The 1001st, of course. Better get in good with the new masters. Wonder if He likes McDonalds?

I love Lovecraft - all muck and fog and horribleness implied and never directly shown. I read a lot of the stuff as high school student. Now I find that I like nothing better than a parody of Lovecraft, and a mash up of 50s style scholcky horror films and Lovecraft is just about as good as it gets. Shandon Loring did a great job with this delightful nonsense. Each character was an individual in his claws, er I mean hands. I can't figure out how such a deep voiced male can do such a strong falsetto when voicing females. And he never makes the mistake of having one high female voice for all the women he reads lines for. If only he would read Scream for Jeeves...now that would be something!