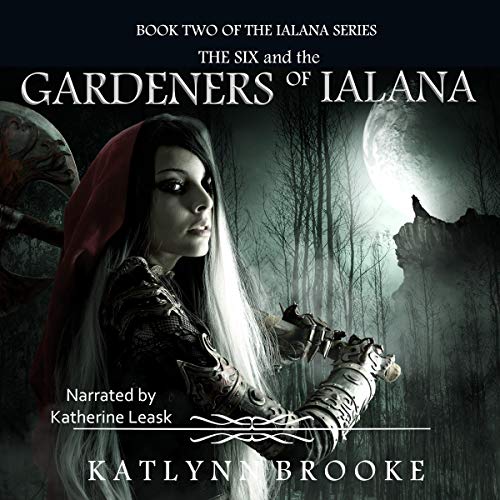 The Six and the Gardeners of Ialana

By: Katlynn Brooke
Narrated by: Katherine Leask
Try for $0.00

A realm under siege. A power-hungry enemy. Can the Six master their magic before the world falls to war?

Ever since the shared vision brought his allies together, Jarah has struggled to be their leader. After the Six escaped the destruction of the citadel, he vowed to fully grasp his healing skills with elemental control. But just when Jarah thought it was safe to train, he and his friends find themselves in the middle of a deadly struggle for power.

On the run from competing rulers who would use them for their own selfish ends, Jarah and the others immerse themselves in sorcery. But as the dark forces close in, the Six will need every ounce of strength and skill to survive.

Can Jarah lead his young allies against ruthless tyrants, or will their magic become another weapon for the forces of evil?

The Six and the Gardeners of Ialana is the second book in the action-packed Ialana YA epic fantasy series. If you like young heroes, magical battles, and realms under threat, then you'll love Katlynn Brooke's fast-paced adventure.

Buy The Six and the Gardeners of Ialana to see a destiny fulfilled today!

What listeners say about The Six and the Gardeners of Ialana