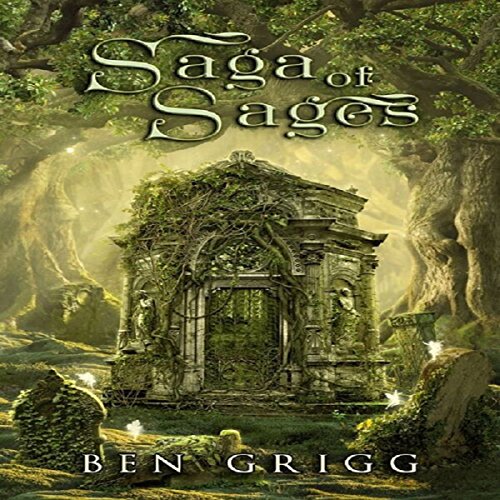 When 17-year-old Bastion finds out that he was born into a race of magical beings called sages, his life gets turned upside down by the fact that he must carry out a long-ago foreseen prophecy and bring an end to the rule of the foul King Kale, a warlord that massacred his entire race with the exception of 10 small children 15 years prior; Now Bastion must locate the other sage children, bring them together, and convince them of their destiny and raise an army to bring peace to the land of Sola once more.

With the help of a few magical creatures and items of lore by his side, Bastion will have to learn how to master his new ability and learn the history of his people. But will that be enough to right all the wrongs that have been committed in the land of Sola? Bastion soon learns of an even deadlier foe and more dangerous than ever creatures that will stand in his way in order for the prophecy to be fulfilled. With a solid group of 10 sage children, each with their own unique "gift", and a group of not so normal mentors, Bastion will have to become the leader he was always destined to be and bring peace to the land of Sola again. The sage children will encounter magic beyond their wildest dreams, but also evil in its purest form. With the story taking place in the last era of magic, the companions will get the chance to meet rare mythical creatures and the last known members of a few surviving races that had long been thought extinct.

The idea for Saga of Sages came to me in a dream one night. I continued having the recurring dream for some nights before I started writing down notes from what I remembered. Finally I decided to put my story down on paper. I've created a Facebook fan page to start building up an audience for my book. I have completed the first book in my storyline. I appreciate you taking the time to have a look at my little story.

This book is amazing! Very nice detail to the story and the character development! Really love it! The author did an outstanding job!

it kept my attention thru the whole book. when it was over searched for book 2 but there isnt one, oh my i want to know