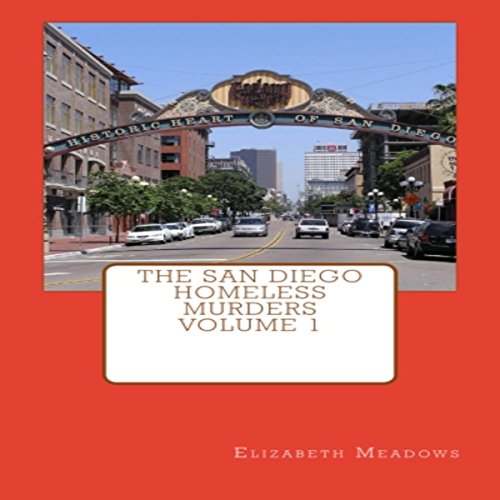 With one final blow to the already battered, bleeding, and sunken in face, he stepped back. He stared at the mangled body on the ground. The man's face was unrecognizable, and you couldn't tell what color hair he had through all of the blood. The newspaper he had laid out to sleep on was no longer black and white, but red with his blood. William stepped away, looking down at his hands. "Man my knuckles hurt," he thought to himself. "That's one less person that San Diego has to feed, and help." His thoughts continued. He had a good reason to be angry with this man. William Mead was a 39-year-old retired chief warrant officer after 21 years of service for our country. He was married once, and then divorced on peaceful terms. In fact, his ex-wife claimed he was dull and boring. His everyday life was too mundane for her. William looked back at the lifeless body lying on the ground, still bleeding out. 'If she could see me now.' He chuckled. Before you go judging William for what he just did, let's first take a look back on his life. William's parents didn't expect to have a new baby. The shock wore off pretty quickly, and then they were elated. They already had a 14-year-old son when Shelly, Mark's mother, had William. Mark's father, Larry, has already done 23 years, and is a colonel in the USMC, when William was born. When William was born, everyone was very excited. As stated before, he was unexpected, but such a happy surprise. Even though his brother Mark was only 14 when William was born, he knew he wanted to follow in his father's footsteps.

What listeners say about The San Diego Homeless Murders

Not a good book. Title is misleading.

This book is written on a very simple level. It sounds like a high school paper being read by the author. There is nothing in the book about the "murder" after the first minute. All about a boy getting to enter the USMC.