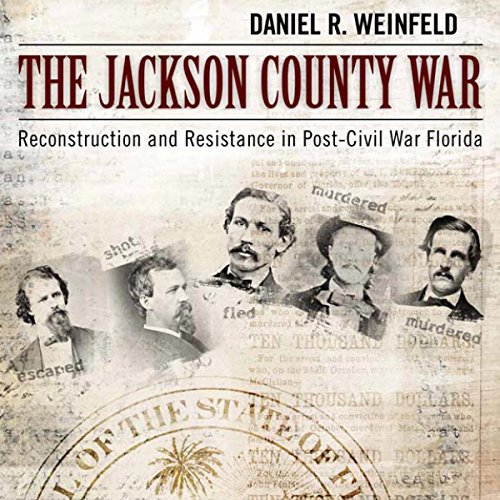 From early 1869 through the end of 1871, citizens of Jackson County, Florida, slaughtered their neighbors by the score. The nearly three-year frenzy of bloodshed became known as the Jackson County War. The killings, close to 100 and by some estimates twice that number, brought Jackson County the notoriety of being the most violent county in Florida during the Reconstruction era. Daniel R. Weinfeld has made a thorough investigation of contemporary accounts. He adds an assessment of recently discovered information and presents a critical evaluation of the standard secondary sources.

The Jackson County War focuses on the role of the Freedmen's Bureau, the emergence of white Regulators, and the development of African-American political consciousness and leadership. It follows the community's descent after the Civil War into disorder punctuated by furious outbursts of violence until the county settled into uneasy stability seven years later. The Jackson County War emerges as an emblem of all that could have and did go wrong in the uneasy years after Appomattox and that left a residue of hatred and fear that endured for generations.

What listeners say about The Jackson County War