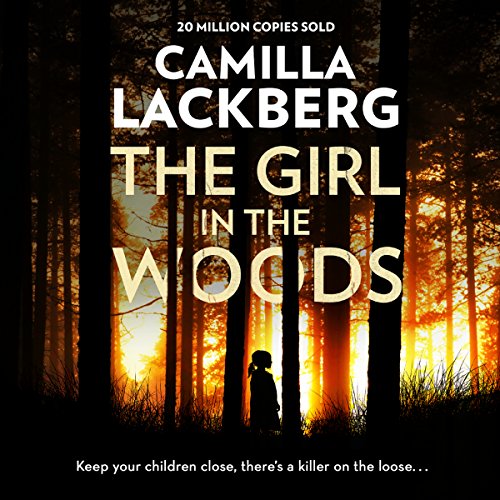 The Girl in the Woods

By: Camilla Läckberg
Narrated by: Robin Bowerman
Try for $0.00

When a four-year-old girl disappears in the woods just outside Fjällbacka, the community is horror-struck. Thirty years ago a young girl went missing from the exact same spot and was later discovered murdered.

Back then two teenage girls were found guilty of the killing. Could it really be a coincidence that one of the girls - now a world-famous actress - has just returned to Fjällbacka? Detective Patrik Hedström starts investigating with his wife, best-selling crime writer Erica Falck, by his side.

But as Patrik and Erica dig deeper, the truth becomes ever murkier, because it seems that everyone in the tight-knit community is hiding something. And soon the residents must confront the fact that they could be harbouring a murderer in their midst....

"The rock star of Nordic Noir." (The Independent)

What listeners say about The Girl in the Woods

I've really enjoyed this series over-all, so I was disappointed to discover that this narrator pronounces the names of the two main characters differently to how they had been known in all the other books. It was disconcerting and pulled my focus out of the story.
The book was probably not as good as some of the others in the series. There are three time lines which the story flips between. Sometimes this can make it a bit hard to keep track, especially in the first few hours of the book, while you are still remembering who all the characters are. Personally I found the storyline set in historic Sweden to be unnecessary to the book. However, even say this, I did enjoy the book as a whole.
I would like to continue the series as more books are released, but I REALLY hope that the producers revert to one of the previous narrators. It might be a deal breaker.

I enjoied every word of it! Longer than the other books but passionate. I like the alternance between the normal life of the small community and the psychological tensions hidden behind this normal life.

Not up to her usual standard

This was far too long and lacked focus with an irrelevant time slip.The narrator was mediocre too

I really enjoyed this murder mystery, there was nothing too gruesome or harrowing. There are alot of Swedish characters names to grasp at the beginning but persevere. I wouldn't give it 5 stars as I thought there was too much detail in some very banal situations and also a plot based in the 1600s which I thought was unnecessary. The narrator was excellent and overall very easy to listen to.

Great book with some good twists

I enjoyed this book for it's multi factional story lines that intertwine throughout the book. It was well read, I think Robin did a great job with the various characters and was able to deliver emotional content as the characters developed. I'm not sure that the title of the book reflects the story itself however. It was a good listen and I would highly recommend it.

Was the editor on vacation?

A novel which needs drastic editing. Particularly annoying are the 17th century flash-backs to a different story which has parallels but no apparent relevance to the main story. Why it was included is anyone's guess. The novel per se could be cut by half and still be too lengthy. Not her best.

Lackberg’s characters have a rare warmth and her books are a joy to read/listen to, as on re-entering her world it’s like meeting old friends.

This story is well-plotted and tense. The dog enjoyed some extended walks as I couldn’t stop listening to the unfolding storyline. I won’t spoil it for you, but if you are a fan of murder mysteries, you will enjoy this book.

I've listened to this author's books before and sometimes have been a bit confused by the number of characters but this is the worst. The three stories in one just don't work and I really don't understand the seventeenth century tale of jealousy and witchcraft and what relevance it had to the other two murders. Also the refugees lessons in sailing and Swedish had no relevance to the two murders and a good editor would have made this a much more readable book. Won't be listening to any more by Ms Lackberg

Not the read it was hyped up to be. Disappointing.

the best of her books so far

It was a different type of murder, mystery and I enjoyed the diversity of characters.

A really great book, edge of your seat reading right until the end. plots that intertwine throughout the story. One of the best writers who differs each story and encourages each ongoing character to better heights. I did not want to finish this book. what to read now...

I thought this book was too long and drawn out. Original storyline was promising but I found it frustrating and too long. The witches part was totally irrelevant and just contributed to the drawn out storyline. Found it hard to relate to any of the characters.

This narrator is too soft too girlie a voice. I listened for about 2 hours but in the end gave it up. It was confusing to which story I was supposed to be listening to. It would be fine if reading but listening is different

the Girl in the woods

loved it!!! was crying in many parts. Written Beautifully and set out to thrill you

Three stories woven into one.....

A masterpiece in political correctness, otherwise an interesting tale. The ending was a little unbelievable, but hey, it's a story!