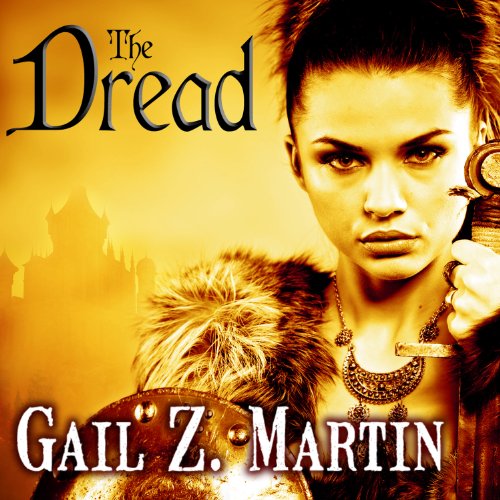 By: Gail Z. Martin
Narrated by: Kirby Heyborne
Try for $0.00

The Dread, Book Two of the Fallen Kings Cycle, picks up the adventures of Tris, Jonmarc, and the Winter Kingdoms gang immediately after the events in The Sworn.

Summoner-King Tris Drayke takes what remains of his army north for a war he is ill-prepared to fight, as reports from spies confirm Tris's worst fear. A new threat rises across the sea: a dark summoner who intends to make the most of the Winter Kingdoms's weakness.

In Isencroft, Kiara's father is assassinated and she will now have no choice except to return and claim the crown. But she must leave behind her husband and their infant son to face the dark power that threatens her rule.

What listeners say about The Dread: Fallen Kings Cycle, Book 2

I like the narrator from the first 4 books better but these book are so well writing it didn't bother me to much. I really need more books set in this work. It is so well developed and thought out that I want to know what else is out there.

Another good 'read' in the series.

Not sure why the narrator chose to use an 'old' voice for young Tris Drake and a 'young' voice for mature, war worn, battle hardened Lord Jonmarc Vahanian. Still they're books that grow on you.

What did you love best about The Dread: Fallen Kings Cycle, Book 2?

What was one of the most memorable moments of The Dread: Fallen Kings Cycle, Book 2?

The final battle between Tris and the dark summoner

This book continued the story just right, it had a great blend of tragedy and excitement to keep the book interesting, but not all puppys and rainbows.

I thought for the longest time what I should rate this audiobook. I rated "The Sworn" as 3 stars and hoped that this one would improve since it's the second half of the story pairing. I debated giving it 2 stars because I had to know how it ended so it kept pulling me along, but lowered it to one because I never would have finished it if I hadn't started skipping chapters. The ending was also a bit of a flop which influence me as well.

I'll start with the things I did like in this book since I was such a fan of the first series. I liked the character of Aidane, and thought her power was an interesting one, and although I wasn't sure what to think of Gethin at first, he was written well in the battles and I enjoyed the addition of the Hojun priests. Jonmarc was also enjoyable to read. I think that his physical battles keep him from becoming too one dimensional like Tris seems to be.

Ok, and the bad.... Right off I'll start by saying that the narrator was bad. Tris sounded awful, and I couldn't tell who a lot of the characters were compared to the original 4 books (chronicles of the necromancer) because the pronunciation was so different, the context was the only thing that saved them.

My next problem was with Kiara. I don't know what it is exactly but I find her and her chapters unbelievably annoying. It's like she's oblivious to something anyone with half a brain would see, and insistent on doing the most stupid things. I started skipping her chapters about halfway through. I couldn't have finished the book otherwise. Cam was also starting to bug me in ways that he never had in the Necromancer series. It might have partly been the voice, but the whole Isencroft section may as well been scrapped in my opinion.

The character of Tris is starting to have problems. I've always really loved him, but he's getting a bit one dimensional in his spellings and battles. .... magical sword.. piece of his soul...spells... headache...people worry... rinse repeat. Although I will say that the section with the Dread was well done, as was the end battle (I won't give it away)

Lesser gripes: The succession...Ok, the issues with the divisionists aside why are they having such a problem with Quinn being able to be the next king? He's not even a year old; Not only that but they've already started on another although they're on the brink of a war. In reality this would be a concern, but I think it just detracted from the story. I think they all had enough to deal with without Kiara being pregnant again.
If you're a huge fan I'd say borrow a copy, but don't waste the credit.

This might be for the masochist or someone who needs to get into a depressive state of mind. Dark forces everywhere, no defense (or not enough). Just. Too. Much. Inevitability. Listened to the first installment and got used to the different narrator. But the second seems to be headed down a very long very very dark tunnel. Far more depressing than the Two Towers (J.R.R. Tolkien) even. If that's possible. Too bad I'm past the return period, or I would.

He's different. Not bad. I got used to him.

I like the series but this book is my least favorite. It's mostly about war. It's draining to hear a book mostly about battles. But since this is part of the series I got to hear it out.