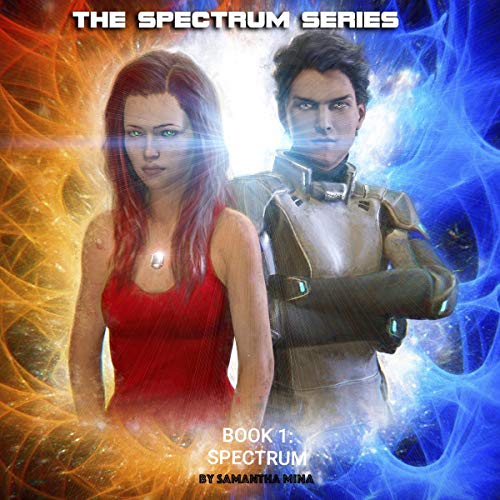 By: Samantha Mina
Narrated by: Jason Burkhead
Try for $0.00

Since the dawn of Second Earth, the Island of Fire has awaited the arrival of the one mage whose dominion over the global magic network - the spectrum - will enable her to rescue the primitive, totalitarian nation from obscurity. But, when Scarlet July is born, her extraordinary magic unexpectedly renders her a third-class citizen, denied the right to education, employment, and, ultimately, life. Evading execution, Scarlet finds herself orphaned and alone, struggling to survive and find her purpose.

Three-thousand miles north, in the ice island of Ichthyosis, Diving Fleet Commander Cease Lechatelierite has never had to question his purpose. Since childhood, he’s been set on track toward one goal: to annihilate magekind. But, when he comes face-to-face with Scarlet and learns her story, what will become of the convictions he’s held since birth?

This six-part series follows an eclectic cast of teens fighting to find their place in the wars plaguing their dystopian world. From fantastical world-building to combat sequences to geopolitics to the exploration of a soldier's psyche to social commentary to the turmoil of young adulthood to forbidden romance, Spectrum is a fast-paced, character-driven, sci-fi/fantasy adventure for the Hunger Games generation.

What listeners say about Spectrum

First, I should be upfront and say that I know Samantha personally. But, she did not solicit my review, or even my purchase of the book. Just wanted to be honest about that.

But wow! Samantha can write! I had no idea! The story is fast paced and intriguing. I was hooked practically from the very first word. The official blurb compares this to the Hunger Games and Divergent (I've read and enjoyed both), but that's not really accurate. Yes, it's a bit dystopian, and the heroes are teens, but the tone is much more optimistic than those other books. There is a lot of hope for a better future, where those other books just seem to hope for a future that's less awful. I highly recommend this!

The narrator in the audio book was very good, but I have one critique: sometimes he stutters or pauses in the middle of a sentence awkwardly. It doesn't take away from the overall enjoyment of the book, but it doesn't flow as smoothly as it could. But I still recommend!!!!