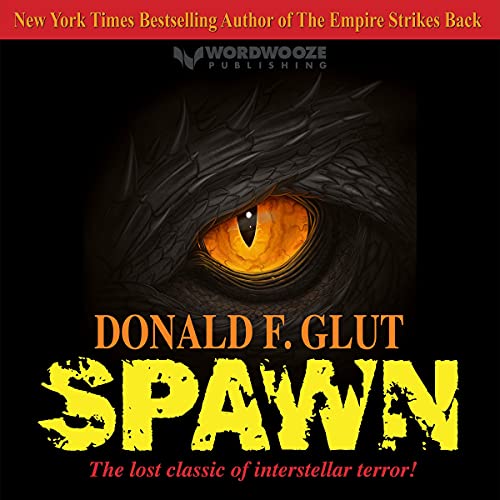 A Science-Terror Story by the Author of Star Wars: The Empire Strikes Back

He was trapped on a planet of deadly dinosaurs that made Jurassic Park seem like a kid's playground! For one thing, they were smarter than the average dinosaur!

The Marshall Museum sent Gene Bishop on a simple mission to the distant world of Erigon to collect dinosaur eggs for the museum’s spectacular DinoWorld park - a scrupulous recreation of the Mesozoic Era on Earth. Bishop figured it as a quick in and out - swoop down, grab some eggs and be gone. But he figured wrong.

When one of the indigenous women, Leea, who had spent her whole life fleeing from the gigantic, macabre creatures, tried to set Bishop right, he ignored her. The Terran simply could not believe what she was trying to tell him: That there was one terrifying difference between Erigon’s dinosaurs and their extinct Earth brethren - the Erigon dinos were intelligent, and horror and destruction were sure to follow if the eggs were taken back to Earth and allowed to breed. But Bishop had too much at stake both fame and fortune to want to believe her. Some people have to learn the hard way, and for Bishop what happened next was a lesson that could cost him his life and much more.

What listeners say about Spawn