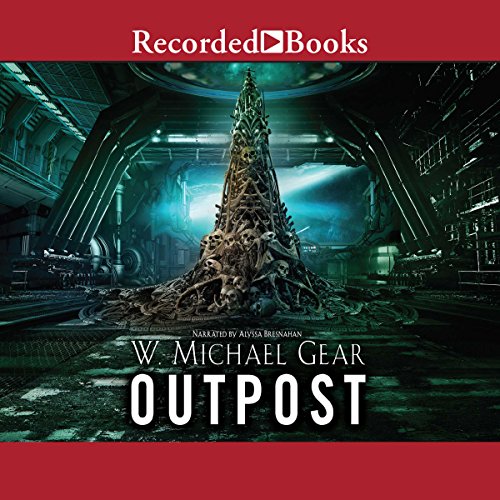 By: W. Michael Gear
Narrated by: Alyssa Bresnahan
Try for $0.00

The first book in a thrilling new sci-fi action adventure, set on Donovan, a treacherous alien planet where corporate threats and dangerous creatures imperil the lives of the planet's inhabitants.

Donovan is a world of remarkable wealth that comes at a high price. When Supervisor Kalico Aguila's ship arrives, she discovers a failing colony, its government overthrown, the few remaining colonists gone wild. Donovan could make her career - or kill her.

Planetside, Talina Perez is one of three rulers of the Port Authority colony - the only law in the one remaining town. With the Corporate ship demanding answers about the things she's done, Perez could lose everything, including her life.

For Dan Wirth, Donovan is a last chance. A psychopath with a death sentence looming over his head, he will make a desperate play for power. No matter who he has to corrupt, murder, or destroy. Captain Max Taggart is the Corporation's enforcer. But is it too late to seize control of Donovan?

Then a ghost ship, the Freelander, appears in orbit. Missing for two years, she arrives with a crew dead of old age and reeks of a bizarre death-cult ritual that deters any ship from attempting a return journey. But maybe it's worth the risk, for a brutal killer is stalking all of them as Donovan plays its own complex and deadly game.

What listeners say about Outpost

Must have been written for teenage girls

long on female characters, short on plot. BORING. NOT UP TO USUAL GEAR STANDARDS. JUNK

Such incredible world building. You will be transported there and live in that well-defined world with these incredibly well-described characters!

Outpost is basically an American frontier tale set on an alien planet and it plays out more or less as you'd expect based on that premise. Remove the alien trappings and replace them with the flora and fauna of the American west and the story wouldn't change much at all...

...except for a few plot elements that are intriguing but insufficiently explored in the first volume of this planned trilogy. The hero, Talina Perez, is a beautiful, resourceful, respected law enforcement in the only town on the wealthy planet Donovan and she develops a rather odd connection with one of the most prominent species native to the world: quetzals. It's an aspect of the book that I wish had been explored further. Perhaps it will be developed in the next two volumes.

Another intriguing but underdeveloped plot point involves a corporation ship called the Freelander, one of several ships that has been dispensed to Donovan but never showed up. When it does finally show up, it's a ghost ship.

I was hoping for much more on these two aspects of the story but the novel focuses more on adventure and politics. There's some truly awkward writing when the book tries to get sexy or romantic and overall, I can't say I found this a satisfying listen. I enjoyed it but it feels incomplete. It's clearly meant to set-up the rest of the trilogy and too many key plot points are left unresolved for it to feel like a satisfying novel on it's own. Unfortunately, I'm on the fence about listening further.

This book sucked. I can't believe some of the glowing reviews on here. Characters are incredibly shallow. No plot. No suspense. Literally the equivalent of eating cardboard. Everything it aspires to be it completely falls short of. It's a sci-fi western - lite. Nothing has any depth to it at all.

The Outpost: A Tribute

Over all, every single sentence "told" me what a great story I was listening to... But, outside of the first chapter, not a single sentence actually amounted to anything at all.

I was told the main character was such a badass, and worthy of respect. I never saw why.

I was told the planet Donavan was so scary and dangerous. Nothing happens the whole book.

I was told again and again how evil the "Corporation" was, and yet no one in the corporation actually *does* anything bad to anybody.

It was a book that consisted entirely of water-cooler esque hearsay. It was the book someone wrote about the actual book.

To paraphrase Tenacious D in a literary context, it was not the greatest book in the world. It was just a tribute.

It's OK but, the narration is slow and stilted. Kind of reminded me of the intro on Dragnet. There's just an odd cadence to the narration that, in my opinion, that was irritating.

The incinuated depth of the world causes you to be curious. Some characters are portrayed unbelievably stupid. I am hoping the rest of the series is man vs Donavin.

chapter burning read. accidentally read book 2 first, so will now reread it to get on track with the story.

Just finished book 3 and moving on to the just released 4th. Great story with unique mix of human stories, strong world building, and evolving characters. You know you like the series when you are already dropping credits on the next one without question and they have you trying to stay up just a little longer to finish the chapter.