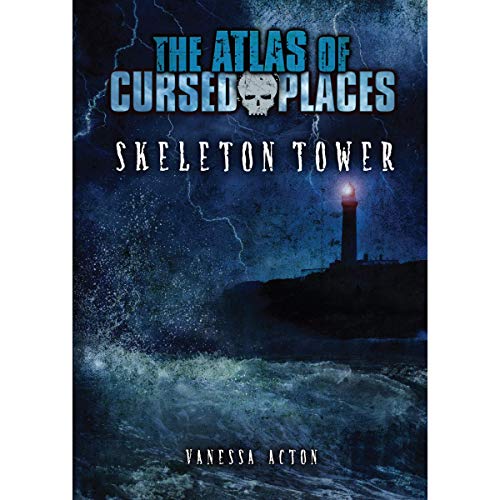 Jason's parents have been hired to work at a historic lighthouse along the California coast. The lighthouse is built along steep cliffs, surrounded by fog, and far from the nearest town. The last caretakers left in a hurry, and it doesn't take long to see why. Several accidents and the discovery of a hidden diary convince Jason the lighthouse is cursed. Will The Atlas of Cursed Places provide some answers before someone gets hurt...or worse?

"In Skeleton Tower, Jason's parents have decided to move yet again to work as caretakers at a historical lighthouse on the coast. Jason is surprised when strange things start happening until he learns of a shipwreck and hidden diary that may hold the clues to a curse. With the help of his sister and the ghost of a long-dead lighthouse keeper, Jason discovers that the only way to break the curse is to risk his life to save the life of another. The Atlas of Cursed Places is a horror series with suspenseful plots and cliff-hangers at the end of every chapter. Geared toward struggling and reluctant readers and written at a fourth-grade reading level, this six-book series is a good alternative to other hi-lo series such as the Bluford series. Older readers might find the plots and characters somewhat hollow and unrealistic; however, this series fills a niche for readers who need a stepping-stone series to engage them in reading." (VOYA)

What listeners say about Skeleton Tower