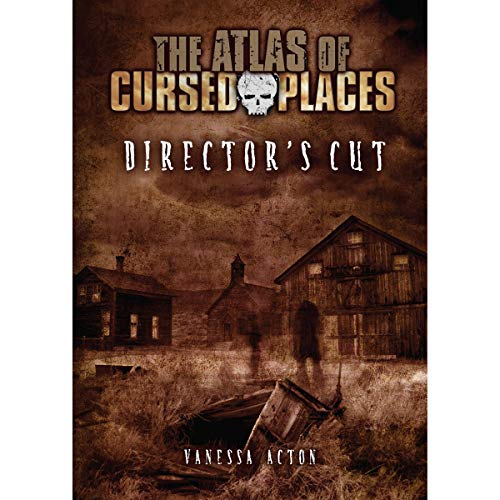 The Sanford's Folly movie set has been abandoned since burning to the ground in the 1980s. Rumor has it the place is cursed after a film shoot gone terribly wrong. But that's not enough to scare Alex and his buddies away. After all, they live on an air force base. There's plenty of real-life stuff that's scarier than some fake Western town, right?

"In Director's Cut, Alex and his buddies from Edmonds Air Force Base break into the Sanford's Folly movie set, abandoned after a fire in the 1980s. It is rumored to be cursed after the death of the star actor. They realize they are in trouble when bad things start happening to each of them. Their only choice is to brave the hazards of returning to the movie set in the hopes of showing the original movie to the world. The Atlas of Cursed Places is a horror series with suspenseful plots and cliff-hangers at the end of every chapter. Geared toward struggling and reluctant readers and written at a fourth-grade reading level, this six-book series is a good alternative to other hi-lo series such as the Bluford Series. Older readers might find the plots and characters somewhat hollow and unrealistic; however, this series fills a niche for readers who need a stepping-stone series to engage them in reading." (VOYA)

What listeners say about Director's Cut