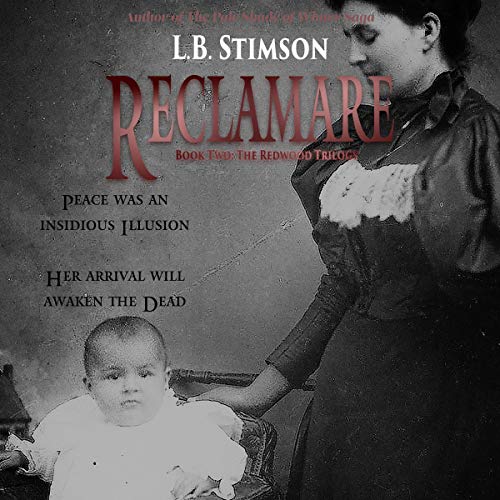 Was the peace and prosperity enjoyed by Dara and Sean for the past few years an insidious illusion? Was Redwood Manor Vineyard still, "Alive with the dead'? Dara McKenna had convinced himself that Autumn had crossed into the light after forgiving his father for her murder. The past few years had been peaceful and prosperous. But, this illusion will be destroyed as Dara is forced to battle for the lives of those he loves and for Redwood's existence. A new soul arrives in book two of The Redwood Trilogy and her arrival will awaken the dead.

What listeners say about Reclamare

An entertaining sequel to Redwood

Reclamare, which is Book 2 in the Redwood Trilogy by L.B. Stimson was a fun, fitting sequel to Redwood. This is the story of Dara and Sean, along with Sean's niece Adeline, and their time at Redwood. Adeline has come to live with them after her parents suddenly pass away. Things were going well, but now that Adeline has moved in, things start to change. A spirit has awoken and starts to cause a lot of unrest. I don't want to give the story away, but if you liked Redwood, you'll enjoy Reclamare as well. It follows along perfectly.

Jennifer March did a very good job narrating Reclamare. She sounds just as she did in Redwood and she brought plenty of emotions and life to the characters throughout the story. I was voluntarily provided this free review copy audiobook by the author, narrator, or publisher for an honest review.