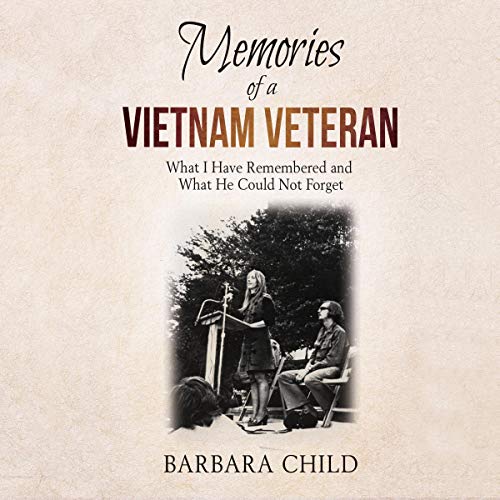 Memories of a Vietnam Veteran

Barbara Child put her heart and soul into a letter to her partner, Alan Morris, while he was at the cottage they shared in Florida, and she was away at school in California. He was a Vietnam War veteran, and she was taking a seminary course on war - in particular, the Vietnam War. She turned in her letter as a term paper for the course, calling it “An Open Letter to a Vietnam Veteran”. A little more than two years later, the war finally took its toll on Alan. He put a Colt .45 to his head and pulled the trigger. Barbara read part of her letter as the eulogy at his memorial service.

Memories of a Vietnam Veteran gives a partner’s eye view of post-traumatic stress and moral injury relentlessly taking their toll on the body, mind, and soul of a veteran who served as a medic in the Vietnam War. The book also shows how Jungian dream work with an expert, caring analyst can bring forth memories, and the meaning of memories both sought and unsought. Ultimately, this audiobook is both a labor of love and an impassioned outcry on behalf of all victims of war, whatever their part in the suffering.

Part One: A Lifetime Is Too Narrow to Understand It All

Part Two: I Will Wait for Yo

What listeners say about Memories of a Vietnam Veteran