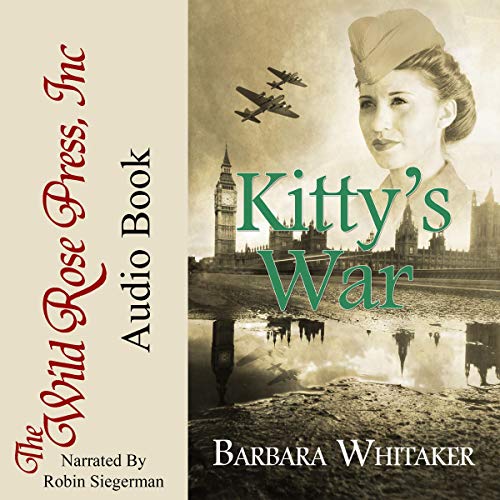 By: Barbara Whitaker
Narrated by: Robin Siegerman
Try for $0.00

Seeking adventure, shy Kitty Greenlee joins the Women’s Army Corps. In 1944 England, as secretarial support to the Eighth Air Force, she encounters her dream man - a handsome lieutenant who only has eyes for her blonde friend. Uncomfortable around men, Kitty doesn’t think the handsome officer could want someone like her.

Recovering from wounds, Ted Kruger wants to forget about losing his closest friends and have fun before returning to danger as a bomber navigator. When Ted recognizes Kitty as the girl who rescued him two years before, he must choose between dating the sexy blonde or pursuing quiet, serious-minded Kitty, even though he knows he’s not nearly good enough for her.

As the war gears up with the D-day invasion, will Kitty and Ted risk their hearts as well as their lives?

What listeners say about Kitty's War

Excellent story, the audible voices were fantastic. I enjoyed this story very much. I would recommend this story.

I enjoyed this narrator's voice. really easy to listen to and the story is a sweet WWII romance