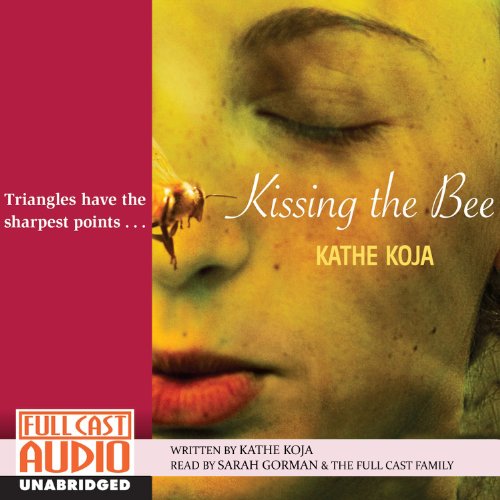 By: Kathe Koja
Narrated by: Chelsea Mixon
Try for $0.00

About to graduate from high school, quivering on the edge of adulthood, Dana, Avra, and Emil are locked in an intricate dance of commitment, desire, and promises. Dana, investigating the enigmatic world of bees, is ready to pursue her education as a science writer. Avra is longing to bolt for freedom. And Emil... well, Emil is keeping his own counsel.

No one doubts that Avra is the queen of this tiny hive. But queens can be demanding, and when royalty oversteps its bounds, a revolution may occur. For when the lines of love and loyalty cross, they make a point as sharp as a sting.

"Her understated, tightly focused language evokes vivid scenes and heady emotions...each line of dialogue, each interaction illuminating struggles that readers face as well." (Publisher's Weekly)
"A short but rich psychological exploration of the intense complexities of frienship and love in a teen world." (School Library Journal)

What listeners say about Kissing the Bee

This is a surprisingly sweet, touching story that packs a lot of thoughtfulness and heart into it's short length. Although it features teens and is YA, it delivers a decidedly mature, artistic feeling. The writing style and "mood" are along the lines of Gayle Forman ("If I Stay", "Where She Went"). I found it an engrossing, satisfying story about a girl caught in the middle between her obtuse (oblivious) best friend and that friend's thoughtful, appealing boyfriend who is definitely not oblivious to the heart and charm that this unsung best friend possesses. The effort of the full-cast audio production for this short story really bring the characters to life and make it worth the listen!