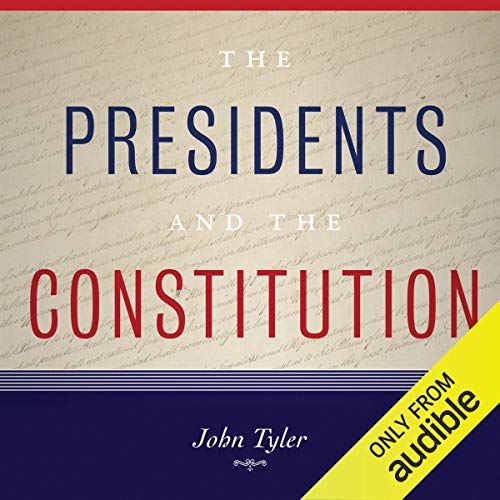 By: Robert J. Spitzer
Narrated by: Sean Runnette
Try for $0.00

John Tyler, despite his adroitness in establishing that he had inherited com­plete presidential power when his predecessor died in office, became a weak and maladroit chief executive during his own time in the White House. Yet, Tyler was not afraid to exercise his authority. First, he stared down an insurrection in Rhode Island, leaving it to the political processes to settle that feud. Second, he wielded enormous power in the form of his presiden­tial vetoes, whittling away at Congress’s previously supreme authority and establishing that there was no limit to the number of, or reasons for, presi­dential vetoes. A clumsy one-term president who left office politically emas­culated, he nonetheless opened the door for a more muscular presidency—in relation to Congress—that would benefit future chief executives.

What listeners say about John Tyler

straight forward and to the point! audible needs to get more titles about this president because more details would be been good.

not much of a book

little short but informative. being there isn't many audio books on tyler this one I'd recommend

Good insight to a President that does not receive much attention and good explanation as to why.