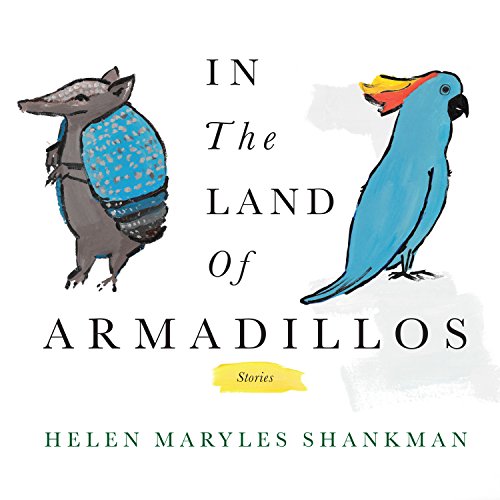 In the Land of Armadillos

In the Land of Armadillos

It's 1942. With the Nazi party at the height of its power, the occupying army empties Poland's towns and cities of their Jewish populations. As neighbor turns on neighbor and survival often demands unthinkable choices, Poland becomes a moral quagmire - a place of shifting truths and blinding ambiguities.

Blending folklore and fact, Helen Maryles Shankman shows us the people of Wlodawa, a remote Polish town. We meet a coldblooded SS officer dedicated to rescuing the Jewish creator of his son's favorite picture book; a Messiah who appears in a little boy's bedroom to announce that he is quitting; and a young Jewish girl who is hidden by the town's most outspoken anti-Semite - and his talking dog. And walking among these tales are two unforgettable figures: the enigmatic and silver-tongued Willy Reinhart, commandant of the forced labor camp who has grand schemes to protect "his" Jews; and Soroka, the Jewish saddlemaker, and his family, who are struggling to survive.

Channeling the mythic magic of classic storytellers and the psychological acuity of modern-day masters, In the Land of Armadillos is a testament to the persistence of humanity in the most inhuman conditions.

"Blending the horrors of war with the supernatural, [Shankman] creates a literary landscape that is strangely mythical and distinctively her own." (Sarai Walker, author of Dietland)

"Narrator Elizabeth Wiley delivers this unique addition to the canon of Holocaust literature without a flaw. Wiley's ability to juxtapose Shankman's descriptions of Nazi atrocities with the serenity and beauty of the natural world is expertly understated.... Wiley handles the surprising twists and ironic turns with subtle grace. Must listening." (AudioFile)

The stories are each self-contained, but are all related (in the manner of the stories in Olive Kitterech). The book can be enjoyed as a novel or as a series of short stories. Either way it is rewarding.

Elizabeth Wiley did a phenomenal job at making the characters come to life. Excellent book that brought me to tears.