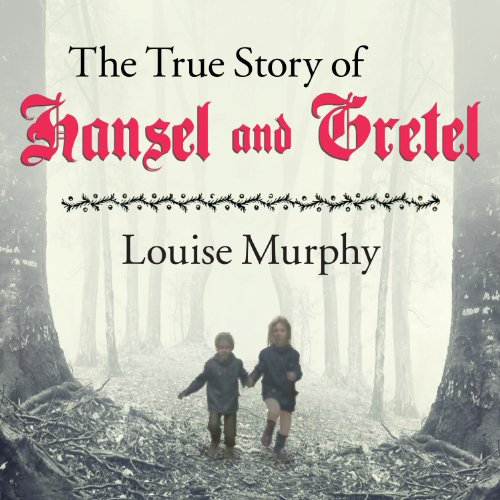 The True Story of Hansel and Gretel

By: Louise Murphy
Narrated by: Michael Page
Try for $0.00

In the last months of the Nazi occupation of Poland, two children are left by their father and stepmother to find safety in a dense forest. Because their real names will reveal their Jewishness, they are renamed "Hansel" and "Gretel". They wander in the woods until they are taken in by Magda, an eccentric and stubborn old woman called "witch" by the nearby villagers. Magda is determined to save them, even as a German officer arrives in the village with his own plans for the children.

Combining classic themes of fairy tales and war literature, Louise Murphy's haunting novel of journey and survival, of redemption and memory, powerfully depicts how war is experienced by families and especially by children. The True Story of Hansel and Gretel tells a resonant, riveting story.

What listeners say about The True Story of Hansel and Gretel

I almost didn't finish listening to this book; the content and details were extremely graphic and upsetting. The story was engaging. Another example of the horrors of war and, sadly, pertinent in our world today.

Has The True Story of Hansel and Gretel turned you off from other books in this genre?

No, I love historical fiction.

If you could play editor, what scene or scenes would you have cut from The True Story of Hansel and Gretel?

I would cut out the gruesome language & unnecessary details about the awful things that happened in the book.

Not for people who like to keep their entertainment PG13. I felt like I lost a bit of my innocence.

This is the best experience.

Couldn’t get enough of story. Kept me wanting more. The narration melded me with each character. Highly recommend.

A creative retake on a classic fairy tale

The classic tale of Hansel & Gretel, the witch in the forest and the trail of bread crumbs reimagined as a harrowing struggle for survival in Poland during the Nazi occupation. Vivid dialogue and characters.

As I am sure was the point: it was the title that intrigued me.

It was a clever way to weave the fairy tale into a story, but over all I didn’t love it. Not a bad story, but more disturbing and alarming than interesting and compelling… of course the plight of Jews in WW2 is disturbing; but I’ve read better.

The struggle of 2 siblings

I thoroughly enjoyed this story Of a brother and sister overcoming obstacles to reach home again .

The Perils andDanjgers of Hansel and Gretel 's s

AVery unique version of the lives of Hanzel and Gretel. I really was fascinated by this version of their lives. The book Title indicates this is a True Story and I am left wondering about that. A s an extremely different Hansel and Gretel Ienjoyed the book, but knowing the history of the Hitler Era it is a sad book also.

I could not even get halfway through the book. When the little girl was raped I stopped reading

Much better than the nursery rhyme I didn’t think all descriptions of atrocities was correct but hey! It’s fiction

It was very difficult to read the book alone. Listening to the narrator helped me finish the book. Narrator was awesome.