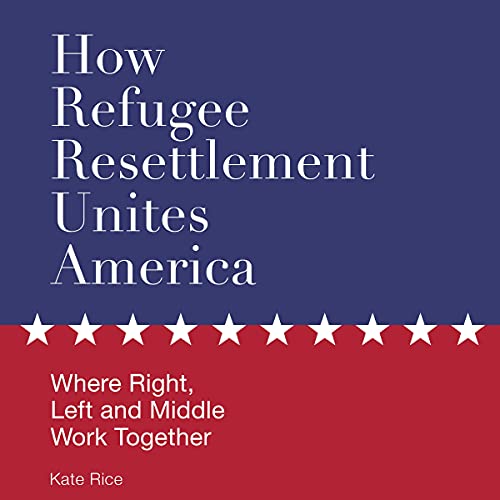 How the Refugee Crisis Unites Americans

By: Kate Rice
Narrated by: Vanessa Moyen
Try for $0.00

Kate Rice went looking for unity in a polarized nation.

And she found it in an unexpected issue.

And she found it in surprising places.

Throughout the Bible Belt.

In the rural West, where cowboys drive pickup trucks with gun racks.

She found Republicans working with Democrats.

The religious working with the secular.

This is a how-to of hope. It shows anyone moved by the plight of refugees, asylum seekers, and desperate families trapped at our borders what they can do, right now,  to help.

The audiobook covers a national movement in the Bible Belt and other red states that sees evangelicals and other religious conservatives taking the words of the Bible literally and treating the foreigner as their neighbor, and that neighbor as their brother or sister. These are people seeking to live the words of the Bible in Matthew, John, and Leviticus by helping the very refugees the Trump administration seeks to keep out of the country.

And in doing so they are reaching out to the community beyond their church doors.

The result: Trump voters and Clinton voters, pro-lifers and pro-choicers, the religious, and the secular are leaving their political comfort zones to work in solidarity to support refugees here in the U.S.

It’s a grassroots movement flying beneath the radar of professional prognosticators and armchair political junkies.

In an era in which this nation seems increasingly polarized, barricading themselves in political bunkers on the left and the right, there are some chinks in the walls so many of us seem to be hiding behind.

So check your stereotypes at the door and start reading! Or, in this instance, listening!

What listeners say about How the Refugee Crisis Unites Americans