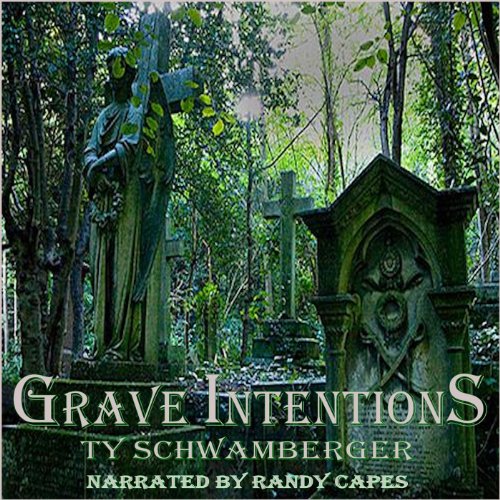 By: Ty Schwamberger
Narrated by: Randy Capes
Try for $0.00

Rodney's life started to spiral out of control after the untimely death of his beloved wife. He ended up on the rough streets: fighting for his sanity, his next fix, and his next meal. But it was his hunger for getting high and trying to forget his former life that was the hardest for him to control. Or at least he thought. Then came the night when he and another junkie walked into Parkside Cemetery, dug up the dead body of Becky Smithshire and...bit into her cold body.

Derrick, Craig, Joan, and Stacy were the best of friends, if not a little more at times. Late one night before their impending first days of college, they decided to have a liquid-picnic in their local cemetery. It was supposed to be a night of laughs, booze, and sex. Until Derrick came running back to his three friends, scared half to death. He started babbling about seeing something that looked like a werewolf.

Now the three friends must escape from the cemetery before the werewolf finds them and chomps them into little pieces.

Will all four friends survive? Or will the bloodline of the werewolf win the night?

Only the deepest bonds of friendship and something even greater holds the answer.

What listeners say about Grave Intentions

I've never been the kind of guy who enjoyed hanging out in graveyards. If I'm stepping out for the night, I want to go someplace a little more--wait for it--livelier. Oh, I'm terrible.

In Grave Intentions, Derrick and Craig are the best of friends. And before they head out to college, they grab some booze and a couple gals for a final night of celebrating. The meeting place of choice? The local cemetery, of course. If you think about it, it's a good choice if you're more interested in having privacy and less interested in not being surrounded by corpses. But the horny foursome aren't alone. A couple of drunk derelicts are wandering the graveyard, too. And one of them is about to unleash his inner beast after gaining a taste for human flesh.

Oh man, this novella is sick--but in a good way.

Nothing good happens in graveyards, and Grave Intentions works hard to prove that with a raw, pulpy story of revenge, regret, and really hungry monsters. Randy Capes' narration goes a long way to present distinct characters and ratchet up the tension and terror with each scene. Where I found the story lacking was in some of the dialogue. Specifically between Derrick and Craig, whose relationship felt genuine amidst the insanity, but their motivations felt uneven at times, and the provocation into a showdown with the big, bad wolf nipping at their heels seemed to run against what I would consider a desire to keep breathing in and out.

I will say this about Ty Schwamberger's brand of horror: the man does not hold back. For a guy who counts Richard Laymon among his favorite authors, Ty Schwamberger knows how to tap into his inner Laymon.