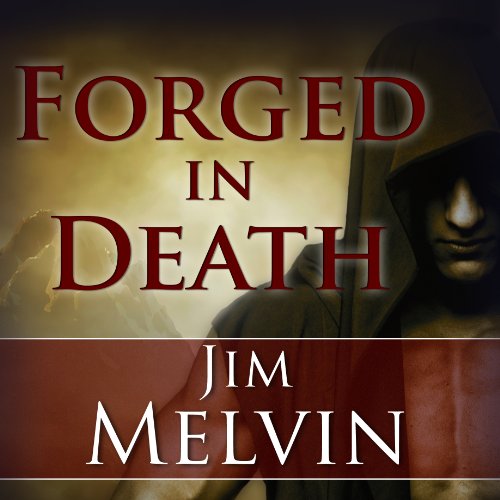 By: Jim Melvin
Narrated by: Phil Ross
Free with a 30-day trial

Only a Death-Knower can die. And live again.

Only a Death-Knower can return from death. And remember.

Only a Death-Knower can tell the world what he's seen. Not all care to listen.

For a thousand years, none have rivaled the power of Torg, the Death-Knower wizard, as he ruled his people and kept peace on Triken. Now a new threat has suddenly arisen. The evil sorcerer Invictus is greater even than Torg, and his greed and ambition threaten to engulf the land in eternal darkness. When Invictus imprisons Torg in a horrifying pit bored into the solid rock of a frozen mountain, the fate of Triken hangs in the balance. Torg becomes freedom's final hope, but first he must die to earn the victory.

Jim Melvin is the author of The Death Wizard Chronicles, a six-book epic fantasy. He was an award-winning journalist at the St. Petersburg Times for twenty-five years. As a reporter, he specialized in science, nature, health, and fitness, and he wrote about everything from childhood drowning to erupting volcanoes. Jim is a student of Eastern philosophy and mindfulness meditation, both of which he weaves extensively into his work. Jim lives in Upstate South Carolina in the foothills of the mountains. He's married and has five daughters.

What listeners say about Forged in Death

Not sure if it was the story or the narrator but I could not finish this story. I was bored with in 10 minutes of the story and I know that with fantasy you sometimes have to give it a little time. With the combination of the narrator and the story could not keep my attention. Maybe it would have been good if I had read it instead of listened to. Narrator read a bit too fast and has a very rumbly tone that made me space out when he talked so I didn’t know who was who and what was going on. I would have returned it but I have had it in my library forever.

A Fantasy Novel Brought to Life

If you could sum up Forged in Death in three words, what would they be?

The story follows an array of encounters which brings the main character into contact with many and varied other characters. The characters are well developed with depth to their personalities and interactions. Although a fantasy novel in its central theme, the book is interlaced with suspense, drama, mystery, action, (a wee bit of sex 18+). Thus, the story is not boring or narrow in its focus. It is moderately paced, keeping the listener engaged while moving the story along.

I actually read the book before buying the audio edition. Hence, I found Phil Ross's performance brought the story to life. He does a great job in distinguishing the voices among the various characters and the narration is anything but mundane. Phil's use of inflections brings the story alive.

There were several scenes in the book that sparked varied emotions, from sorrow, disappointment, excitement, humor, etc. I enjoyed the entire story!

I truly enjoyed reading/listening to "Forged in Death" by Jim Melvin. It is the type of story that keeps you looking for the next book and the next. Jim Melvin does a wonderful job of creating a world, populating it with diverse characters with depth, and then blending them all into a fantastic fantasy. Thank Jim Melvin.