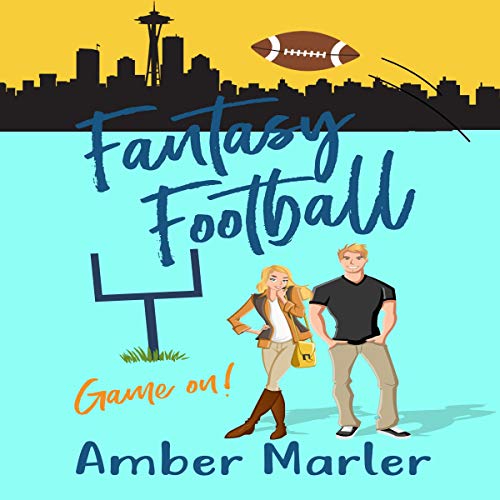 By: Amber Marler
Narrated by: Amy Johnson
Try for $0.00

Matt Murphy was a simple man, and he liked his simple life. Eat, work out, play football, and enjoy casual, no-strings-attached sex. He wasn’t looking for a complicated woman. Then he saw Sloan standing alongside the road with car troubles looking tall, lean, and magnificent with her blonde hair blowing in the wind. Sloan was the opposite of simple. She was intelligent, capable, and didn’t hold back when she didn’t think he was living up to his potential. When a family emergency disrupts Matt’s world, he needs to choose between a simple life or embracing complicated issues of the real world.

“Excuse me, sir, can you change a tire?” Sloan inquired and received a droll look from Matthew as his hands swept over the tools and progress he’d already made. “I think he can do it. He looked at me like I’d offended his manhood for asking.”

“Does he seem capable?” Bert asked, concerned for both his car and his baby sister who, despite his early nonchalance, needed protecting.

“He seems strong enough.” Sloan hedged, not sure how she was supposed to judge competency when she knew nothing about cars. Watching the stranger pick up a heavy tire one-handed, she had to admit that show of strength was seriously sexy. “He’s taller than me.”

That last comment had Bert raising his eyebrows because while his sister was a beautiful woman, she was in no way a petite person and with her love of high heels, a man needed to be well over six feet to see eye to eye with Sloan.

“Does he look like a rapist?” Bert snapped his last question with pure brotherly protectiveness.

Sloan considered the question carefully before responding. After all, the man was a stranger, and Seattle had its share of serial killers, but nothing about the man put her instincts on high alert. Not that he didn’t stir other feelings within her. He was an attractive man built like a barn with thick shoulder muscles and arms the size of logs. He had a presence that made a woman take notice. His sandy blond hair was a little too long for a professional, white-collar career, but he carried himself with confidence, like a leader of men. He looked like he was going to the gym, dressed in high-end Nike gear that showed he didn’t have an ounce of fat on his toned frame.

Bert’s shout into her ear broke Sloan out of her physical assessment of her Good Samaritan, and she recalled his question.

“Well, tell him to be gentle with my P1800. That car is a classic, and I plan on restoring her someday,” Bert requested his focus back on the car now that he thought his sister was safe.

“Only a dumbass man of Swedish descent would consider a Volvo anything but a stodgy piece of crap,” Sloan snapped in exasperation.

“Did you just kick my car?” Bert demanded.

“She did,” the stranger shouted loud enough for her brother to hear.

The outrage that information caused clearly transmitted itself over Sloan’s cell phone, but she didn’t seem fazed by her brother’s wrath. She let him rant for a while, and when he didn’t seem to be letting up and since she didn’t really need him anymore, Sloan ended the call without regret. She then turned her attention to her roadside assistant.

“Thanks for ratting me out to my brother,” she grumbled since she knew she was going to hear about her treatment of his precious car for the rest of her life.

“The car is up on a jack,” Matthew pointed out like he was speaking with a simpleton. “Don’t kick it again until it’s down.”

“Yikes, sorry about that. I didn’t realize."

What listeners say about Fantasy Football