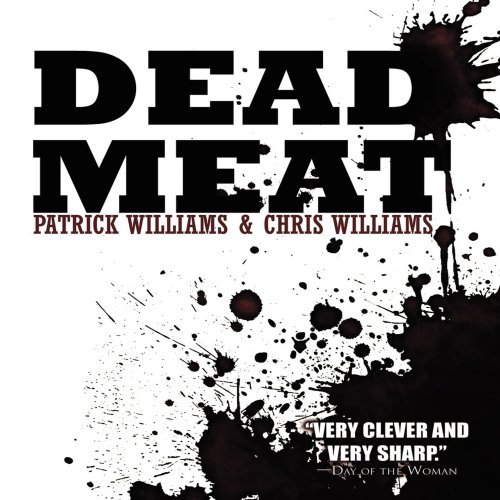 The city of River’s Edge has been quarantined due to a rodent-borne rabies outbreak. But it quickly becomes clear to the citizens that the infection is something much, much worse than rabies....

The townsfolk are attacked and fed upon by packs of the living dead. Labeling the infected residents “bees” for their tendency to travel in swarms, Gavin and Benny attempt to survive the chaos in River’s Edge while making their way north in search of sanctuary. No one knows what waits outside the quarantined zone, but Gavin and Benny know that to survive, they must escape.

“Very clever and very sharp.” (dayofwoman.blogspot.com)
“An incredibly well written story that almost fools you into thinking that the world you are reading about is in fact real.” (freddyinspace.com)
“The action scenes are brilliantly thought out and expressed. I will have to give [it] a bloody 4 Undead Heads out of 5.” (Lyle Perez-Tinics, undeadinthehead.com)

Although I am not too deeply impressed with this book I will say I would not change anything in it either. To me the characters in the end were nothing more than cowardly psychopaths, perhaps this would be the reality of facing a outbreak, executions/extinction by the government, and a byproduct of nonstop fear and stress but just did not settle right with me. Perhaps this is the perfect Zombie book for all the bullies living in today's society.

Did Dead Meat inspire you to do anything?

Work on my own humanity.

I couldn't get past the Bees

I really wanted to like this book...what a great title after all...but I just couldn't get past the characters referring to the zombies as bees. Beyond that the survivors seemed to spend more time fighting each other than they did fighting the undead. I generally like the genre, but if there was anything positive worth mentioning I must have daydreamed through it...it just didn't capture my attention.

I think it might work better for the more hardcore Zombie fan. or possibly a younger audience

What could Christopher Williams and Patrick Williams have done to make this a more enjoyable book for you?

Did Kevin Stillwell do a good job differentiating all the characters? How?

he was animated and lively in his telling of the story

What character would you cut from Dead Meat?

I'm not really sure ... they all had good and bad points but some were not explored very well

Worst I've ever listened to! YOU'VE BEEN WARNED!

What disappointed you about Dead Meat?

Writing, Story, characters, readers Bland Voice added to boredom! Kept waiting for this book to get better and the end came before that ever happened!! YOU'VE BEEN WARNED

Has Dead Meat turned you off from other books in this genre?

No! This book made it seem as if the zombies stood around waiting for these characters to finish argueing or making comments meant to be cool or funny but earned neither in my eyes, the fights and battles very unbelievable and borderline stupid! The reader is in the wrong Buisness, seemed as if this may have been his first read?? Hard to say which was worse story or reading of story! YOU'VE BEEN WARNED!!

If I used it as toilet paper! YOU'VE BEEN WARNED

If you could play editor, what scene or scenes would you have cut from Dead Meat?

I would have handed it back to writer and asked for any monies paid in advance be returned! YOU'VE BEEN WARNED

If refunds could be given this would be the only book in my library I'd request one for! Slapping crap between two hard covers and putting 20$ price tag on it should be illegal!YOU'VE BEEN WARNED!

A must read for zombie and gore lovers out there. From start to finish it is filled with great content of character self realization, emotional, physiological and physical conflict. The pure description of killing zombies and terrible situations will keep you saying "Oh S--t!".