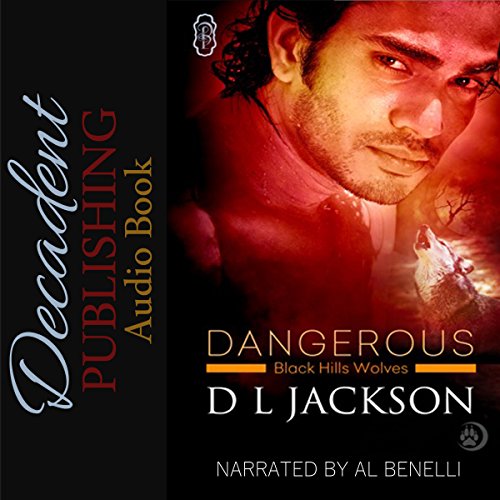 Eleven years from the day he left, Xan Davis returns to Los Lobos a changed Wolf. After promising his insane Alpha, Magnum, that no one will ever know who he really is, he is forced to endure unspeakable torture in distant lands. The Black Hills call to his tormented soul, so he goes, hoping the familiar forests will soothe his suffering inner beast.

Liv Dunn, born a coyote but living as human, constantly looks over her shoulder. Less than a year before, a former patient attacked her, leaving her emotionally devastated. Hoping for a fresh start and the chance to find the coyote who's remained elusive since childhood, she travels to the Black Hills.

Suffering from PTSD and no longer able to shift, Xan loses it in Gee's Bar. Drew intervenes, forcing him into therapy with a human doctor living near Los Lobos. But just when their professional relationship blooms into more, Xan's past arrives on his doorstep. This time, his enemy has set their sights on his mate, knowing he will do anything to protect her.

What listeners say about Dangerous

My first "Wolf Book"... Definitely not my last!

What made the experience of listening to Dangerous the most enjoyable?

It's a whole new genre for me... Never paid much attention to "shape shifters" or the whole universe of werewolves and such... always thought it was for kids and Draculean weirdos... But I'm a fan and follower of the narrator and... I love all his other stuff, so... "What the hell"... I bought it! Now I'm hooked! It's like a mythological MacGuyver skill to be able to "shift" from one life form to another to change the rules of engagement instantaneously. This added dimension gives the whole genre a powerful boost and a whole new avenue for the author to take the storyline. Decreases the predictability of the story. Makes it that much more desirable to keep on reading to see what happens because so much more can happen... You gotta try it for yourself to truly understand what I'm attempting to describe here...

What was one of the most memorable moments of Dangerous?

For me it was the way the author "merged" the principal characters past experiences in Africa as an agent of the company with what was happening in his present search for the truth about himself and his PTSD... falling in love with his therapist... discovering that she too was a "shifter"... a hybrid coyote... half human. His epiphany... Xan realizing this woman was destined to be his mate...

The final confrontation between Xan and Ajani... the demon shifter from Africa who has tracked him all the way to the Black Hills to seek his revenge. The fight scene is as good as anything from a combined "Rocky" marathon...

Things aren't always what they seem... Same goes for the people around you.

Really surprised how much I liked this. I expected to breeze through a sort of mindless, fantasy... a boy scout fireside spook story... Wow, was I wrong. I hope he does another one in the series...