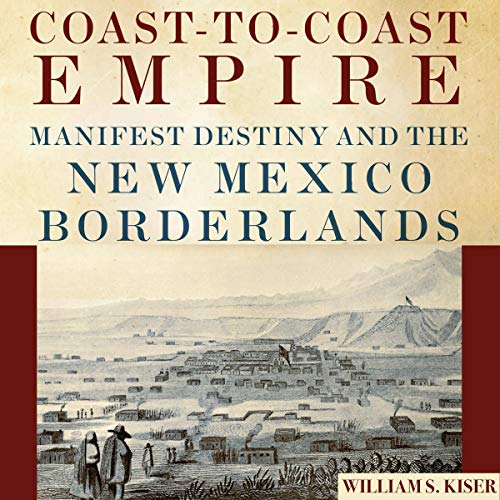 By: William S. Kiser
Narrated by: Kevin Moriarty
Try for $0.00

Following Zebulon Pike’s expeditions in the early 19th century, US expansionists focused their gaze on the Southwest. Explorers, traders, settlers, boundary adjudicators, railway surveyors, and the US Army crossed into and through New Mexico, transforming it into a battleground for competing influences determined to control the region.

New Mexico was an early proving ground for Manifest Destiny, the belief that US possession of the entire North American continent was inevitable. The use of armed force to realize this claim fundamentally altered New Mexico and the Southwest. Soldiers marched into the territory at the onset of the Mexican-American War and occupied it continuously through the 1890s, leaving an indelible imprint on the region’s social, cultural, political, judicial, and economic systems.

By focusing on the activities of a standing army in a civilian setting, William S. Kiser reshapes the history of the Southwest, underlining the role of the military not just in obtaining territory but in retaining it.

What listeners say about Coast-to-Coast Empire: Manifest Destiny and the New Mexico Borderlands

Bought the book, only got the sample

I spent a credit to buy this title looking forward to learning some NM history, but it has a glitch where it only lets me listen to the free sample in my library. It shows chapters but won’t let me click them. I don’t get it, but if someone can fix it I’d like to leave a better review.