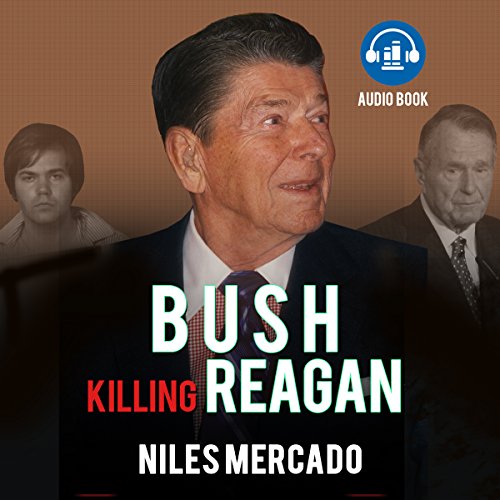 George Bush, Sr. had the most to gain from President Reagan's death. To hide or conceal his involvement in the assassination attempt, George Bush would have had to either suppress or lie about his close ties with the shooter and the second gunman hiding on the roof. The story of Bush Killing Reagan is so depraved that it is no wonder the story has never been told before!

Conspiracy theorists will love this...

Great lead in to Bill O's "killing Reagan". Presented with lots of background links to more information. The conspiracy continues!

Total conspiracy crap. Beyond all shadow of a doubt, the worst book I've ever read.

Short and definitely not mainstream....

.......but it makes more sense than the mainstream. I have puzzled about John Hinckley ever since the event happened. Just made no sense to me from the beginning. Then I recently read (before this one) O'Reilly's "Killing Reagan". I can understand why O'Reilly (for personal gain) followed the Hinckley sham. But he made no sense of it either. I must note that I also never understood why Reagan chose GHWBush as his VP. A man of Reagan's stature tapping a slithery snake like HW was puzzling back then. Now I have a pretty good idea why he did. But he did not know how dangerous that choice was. Thank God the assassination attempt failed. I would highly recommend this!!!! Fascinating!!! And far more believable than what passes for the truth.